Ryan Ruth has pretty much seen and done it all in the bar business. Ruth got his start at age 18. He was getting... 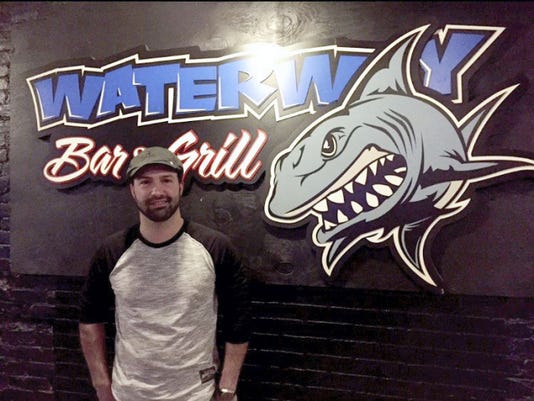 Parking: On site, nearby

Ryan Ruth has pretty much seen and done it all in the bar business.

Ruth got his start at age 18. He was getting ready for a night out with friends when his brother, Chaz, called him and told him Fat Daddy's was short a bar back and asked if he would want to fill in.

"I had never been in a bar before," Ruth said. "I was like, 'What the heck is a bar back?' He told me I might make up to a hundred dollars. I was like, 'OK, I'm coming in.' I was then asked if I could work the next day, too, and I said alright. It was kind of funny, too, because I noticed the schedule for the next week and my name was already up there before I got asked. I got a job without asking for one."

The 1998 Dallastown High Grad was at Fat Daddy's for three years bar backing while learning the mixology end of the business as he worked.

"I wanted to bartend once I got into the business," Ruth said. "I saw the money they made. Ali McQueen taught me how to bartend. I watched her and asked, 'What is that? What goes in that?' and I became familiar with the liquors from carrying them to the bars."

Ruth landed his first bartending gig at Miami, Florida in 2001. He went on to manage a nightclub for about six years. The first celebrity he met was Nelly, who Ruth said "sat and talked to me for five or 10 minutes." Rihanna, Hulk Hogan and Shaquille O'Neal also hosted events at his club.

"It was crazy," Ruth said. "Living down there was almost like living in a different country. It was an awesome experience, but I always knew it wouldn't be a place I would live forever. It's fast paced. A party city."

Ruth returned to York in 2010 and worked at the former Boulevard on Eastern Boulevard and at Fat Daddy's. Just after New Year's this year he and his brother purchased The Waterway Bar & Grill on East Philadelphia St. He still tends bar and even DJ's occasionally.

"It's a little more work," Ruth said. "But it is great because we are finally doing it for ourselves."

Q. What kind of personality makes a good bartender?

A. I think you kind of have to be a psychologist, a shoulder to lean on and a lot of different things combined. Most of the time, people just want somebody who will listen to them. You don't really have to say anything, just listen.

Q. What skills make for a good bartender?

A. It's funny, but I know people by their drinks more than their names sometimes. Bartending on a busy night is something you can't teach somebody. It's sink or swim. You are either going to be able to perform or you'll get flustered.

Q. What do you enjoy outside of work?

A. I play softball. Not a big sports watcher, but I like to play. I like to fish. People laugh at me, but I've fished in the Codorus since we moved in here. I've seen 16-inch bass out there. I would get stressed out when we first got this place, so I'd take a 10-minute break and go fish. It helped calm me down.

Q. What would you like people to know about The Waterway?

A. My brother and I are working hard to make this a place you can come, hang out and have a good time. We have bands and DJ's. We are remodeling the upstairs and downstairs. We are not trying to be a restaurant. We want to be an upscale dive bar. That may not go together, but that's what we want to be. Have good bar food, good drinks and lots of TV sets to watch.