Mark your calendar for Timeline Arcade's grand opening events in May. One might include actors from "The Walking Dead." 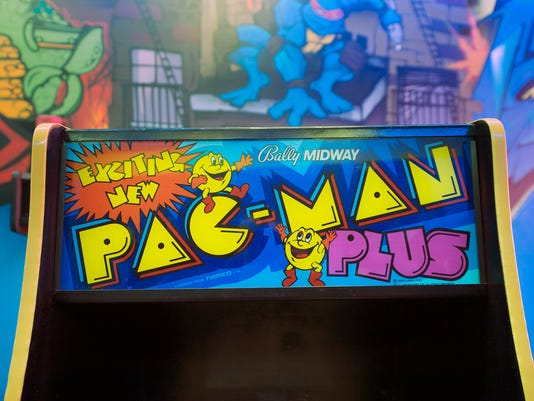 Remember the days – before kids had cell phones – when playing arcade games was a pastime?

The days when kids used to spend all day trying to beat each other’s high scores just for the fun of playing – not to win a prize.

That’s what Brandon Spencer is trying to bring back at Timeline Arcade.

“(Timeline Arcade) is about hanging out and making friends,” he said. “It’s not about playing a game and watching a ball drop and winning a ticket. I wanted to make it about what I had when I was a kid.”

The arcade first opened five years ago in Hanover and is now preparing to open its doors at 54 W. Market St. in York April 15.

The York arcade will be home to 50 to 60 classic arcade games, including Pac-Man, Donkey Kong, Space Invaders and several pinball machines, Spencer said. And it plans to grow that number into the hundreds just like the Hanover arcade.

But the two arcades will be different.

Here are some new things to look forward to at the Timeline Arcade in York.

A 10,000 square-foot facility in York – double the size of the Hanover location – means that Timeline Arcade can host more events and private parties, Spencer said.

On May 8, Timeline Arcade will host a concert by Maryland brass rock band Stacked Like Pancakes at 6 p.m.

Then, customers can look forward to a "Walking Dead" event from noon to 6 p.m. on May 14. The event will include ‘80s toy and comic vendors and meet-and-greets with actors from the show, including Santiago Cirilo (Julio in Season 4), Amber Dawn Fox (Officer Bello in Season 5) and Jeremy Ambler (portrayed two walkers).

Timeline Arcade will not have a kitchen or a liquor license. But guests who purchase the all-day-play package will have the opportunity to order food from the bar and have it delivered through a partnership with Baron Von Schwein.

The arcade will also be BYOB from 7 p.m. to 2 a.m. on weekends, and Spencer said he encourages guests to fill up a growler at Holy Hound Taproom before coming to the arcade for a night of gaming.

Both the York and Hanover locations tend to stock only classic arcade games – the ones customers remember playing when they were kids. But Timeline Arcade in York will also add two new additions to its pinball collection for grand opening.  A “Ghostbusters” pinball machine, depicting characters from the ‘80s classic, is scheduled to arrive in April, Spencer said. And a “Walking Dead” machine will arrive the first week in May. 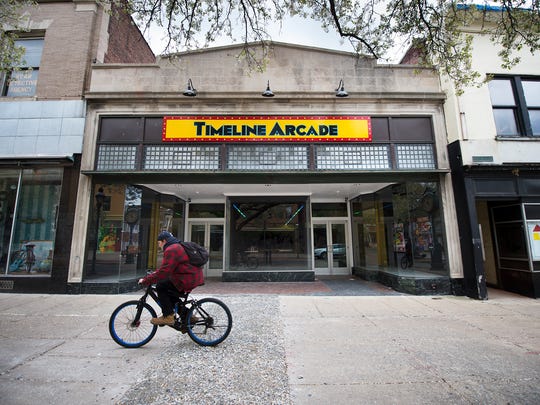