See how many instruments John McCutcheon will play at York concert

Asked what his main instrument is, John McCutcheon laughs. A master songwriter and performer, he's not sure how to...

See how many instruments John McCutcheon will play at York concert 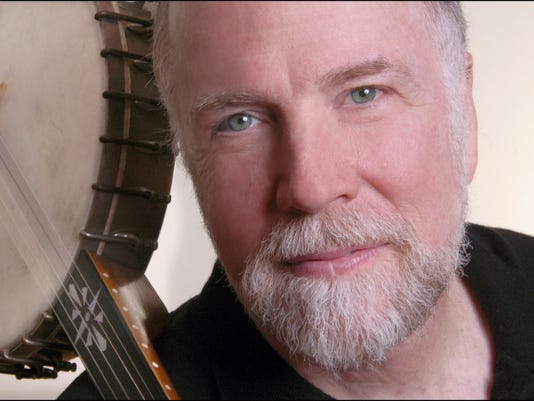 What: John McCutcheon in concert.

Tickets: $25 for general admission, $21 for Susquehanna Folk Music Society members and $10 for students.

Asked what his main instrument is, John McCutcheon laughs.

A master songwriter and performer, he's not sure how to answer that question. He started out playing guitar, learning the cowboy chords from a Woody Guthrie songbook when he was a kid. But he also plays banjo, and hammered dulcimer, and concertina, and accordion, and piano, and fiddle, and mandolin, and...well, you get the picture.

"I guess I really don't have a main instrument," McCutcheon said. "I tend to write on the guitar or the piano, sometimes on banjo. It depends on the song. I find I write differently on different instruments."

And the same goes for his performances — it's all about what the song demands. Some tunes work better on guitar, others on piano, others on banjo, or accordion, or... you know the list.

"My last gig, I really didn't play one instrument more or less than any other," he said.

To say he's versatile in an understatement. He has been described as a mix of Pete Seeger, Mr. Rogers, Will Rogers and Bruce Springsteen. An Australian critic once wrote that he is "the most overwhelming folk performer in the English language." The late, great Johnny Cash described him as "the most impressive instrumentalist."

McCutcheon will bring his eclectic folk to York Friday, April 24, when he performs at the Unitarian Universalist Congregation of York.

The veteran folk artist is touring in support of his latest album, "Joe Hill's Last Will," a selection of songs by Hill, a labor activist and one of the forces behind the union, Industrial Workers of the World. Although Hill is remembered for his activism, and his death by a Utah firing squad after a spurious murder conviction, McCutcheon is marking the 100th anniversary of his death by sharing his music.

Hill's songwriter was just as eclectic as McCutcheon's. "He drew on old vaudeville music, and tin-pan alley, and Irish music, and hymns," he said.

The result is a surprising record. "A lot of people who have recorded Joe Hill songs have done the one-guy-with-a-guitar thing," McCutcheon said. "I didn't want to do that with this record."

For instance, for "The Preacher and the Slave," song that introduced the phrase "pie in the sky" into the American lexicon, McCutcheon assembled a brass band and told the musicians to start out playing "like a Salvation Army band" and work their way up to making the song like a New Orleans Second-Line romp. He reinvented "The Rebel Girl," a song Hill wrote for union activist Elizabeth Gurley Flynn, as a love song. "It's usually performed as a footstomper," he said. "I thought, 'This is a love song,' and arranged it to be more intimate."

"He was writing about income inequality and the plight of working people," McCutcheon said. "A lot of that is very relevant today."