'One Slight Hitch' shows softer side of comedian Lewis Black

Lewis Black, mostly known as the angry comedian with the thundering herd of four-letter words, wrote Totem Pole's next production.

'One Slight Hitch' shows softer side of comedian Lewis Black

FAYETTEVILLE - Most people know Lewis Black as the angry comedian with the thundering herd of four-letter words and a temper that constantly threatens to burn him to the ground.

Rowan Joseph, founding executive director of Totem Pole Playhouse, the famous regional theater between Chambersburg and Gettysburg, said that is only one side Black.

“He is really a sweet man, very kind,” added director Rand Foerster, a long-time Black collaborator who directs the upcoming “One Slight Hitch,” a marriage comedy written by the comic and first performed in the early 1980s.

In announcing the play and its author in previous performances this season, Joseph has quipped that the audience need not fear Black’s more famous blisteringly blue monologues.

“He is known for his four letter words,” Joseph has said. “I made him promise that all the words in this play have at least seven letters.”

“One Slight Hitch” focuses on the Coleman family on the eve of their eldest daughter's wedding. The doorbell rings and all hell breaks loose when the daughter’s long-time ex-boyfriend, Ryan, shows up at the front door apparently unaware of the day’s significance and will not go away as the sometimes zany, sometimes heartfelt events unfold. 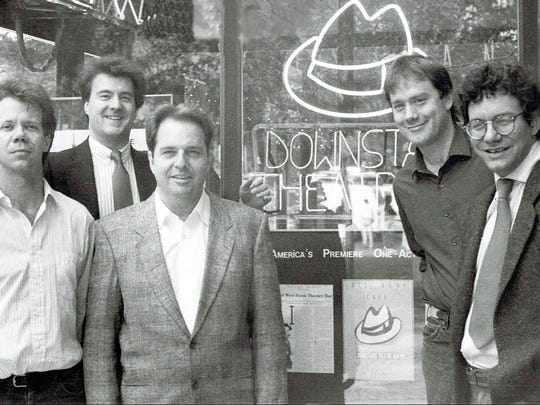 Joseph and some of the cast of “Hitch” have a decades-long history with the play, which has morphed over the years from a contemporary comedy in the 80s to a sort of flashback today because the play’s setting has remained constant. 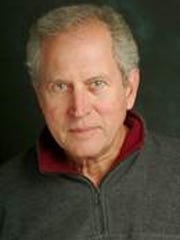 Granville “Sonny” van Dusen, who plays the father, “Doc” Coleman, has appeared in the show in the past. Both director Foerster and Joseph have directed the play at other theaters, and Foerster was a schoolmate of the playwright. Joseph is also a long-time friend of Black’s and they and Foerster worked together at the West Bank Café’s Downstairs Theatre Bar, one of the hottest venues in New York City in the 80s. It is now named the Laurie Beechman Theatre.

At that time, Black had yet to become a stand-up comic and was the theater’s playwright-in-residence over 14 years, during which time he authored 40 plays there.

The theater, Joseph said, was an incubator for a number of actors and writers who went on to stand out in the industry, including Black, writer Aaron Sorkin ("The West Wing") and many others.

“It’s really so great that the three of us are getting to come together again to produce this play one more time,” said Joseph.

Van Dusen is no stranger to Totem Pole; exactly a year ago he appeared on the Fayetteville stage in the one-man show “The Memoirs of Abraham Lincoln.” He formally retired that show after last year’s performance after a 25-year run.

Randle, who is making her first appearance in “Hitch,” is best known to the general public as one of TV's favorite moms, Amy Matthews, in the ABC comedy, “Boy Meets World,”(1993–2000).

Randle, who made fun of herself for being the “newbie” in the squad of “Hitch” vets, agreed with Joseph when he said the play fulfills the need audiences have when the world seems to be going crazy…they want to laugh.

“They will laugh,” Randle predicted. “And maybe cry just a little.”

Tickets for the 2016 season are now on sale. Tickets can be ordered online or by calling our box office. Special shows are announced as production is confirmed.

Prices shown are for individual adult admission, and vary by show and seating level. A number of discount purchasing options are available, including for groups. Tickets are not refundable or transferable.