A culinary degree isn’t required to cook a fantastic meal. Just because the items in the pantry are basic doesn’t mean they can’t be crafted into multi-meal culinary creations.

Here's how you can donate to the York County Food Bank.

A culinary degree isn’t required to cook a fantastic meal, and just because items in a pantry are basic doesn’t mean they can’t be crafted into multi-meal culinary creations. Four York County chefs will showcase those abilities at a benefit for the York County Food Bank on Oct. 17.

“These chefs are going to show ways that they can stretch those foods (and) create better sustaining meals,” Matthew Shorb, York County Food Bank chairman, said.

The benefit will be an "Iron Chef" event, pitting the four chefs from several York County fine dining establishments against each other. The competition is loosely based off the "Iron Chef" television shows in Japan and America where chefs challenge one another to create the best dishes in a timed cook-off built around a surprise ingredient.

Shorb said that the misconception with the food bank is that the foods are just pure subsistence living. He doesn’t deny that, but “that doesn’t mean that it can’t be with dignity and still create exciting and nutritious meals.”

The four chefs will prepare three meals — an appetizer, an entrée and a dessert — with the entrée prepared in front of the crowd. Those attending the event will be able to taste the food and, at the end of the night, judge the chefs on the competition.

Pumpkin haters, here are some fall beers you'll like

“The four chefs are outgoing and fun and I know they’ll make it a very enjoyable evening,” said Diane Marino, consultant for the York County Food Bank.

About the York County Food Bank

The food bank is a central serving hub that collects food from various sources then redistributes them to over 125 agencies throughout the area. The food bank proves about 2 million pounds of food and household items annually, the agency mission states.

How to donate to the food bank

Shorb stressed that monetary donations are just as good as food donations, and go to supplement the organization’s programs or shortcomings from the food donations. The food bank also works with organizations looking to do food drives and also accepts volunteer opportunities. The food bank is located at 254 W. Princess St. in York. More information can be found on their website at yorkfoodbank.org. 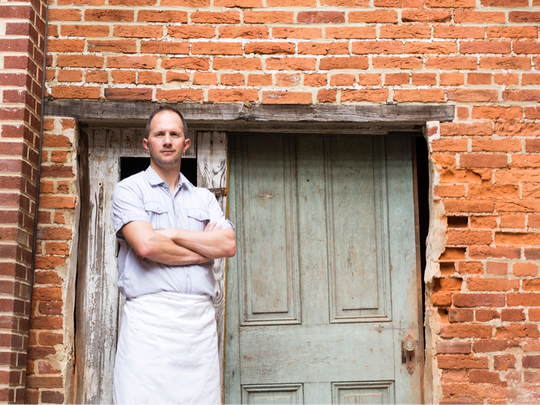 Arnold is a graduate of the Culinary Institute of America and holds a Master’s of Science in Sustainable Food Systems from Green Mountain College.

He believes his background will help him showcase the best ways to get more out of the food available at the food bank.

“Helping people utilize what is available and tailoring that into what they can get at their local farmers market is something that is right up my alley,” Arnold said.

He said he tries to get out in the community as much as possible. 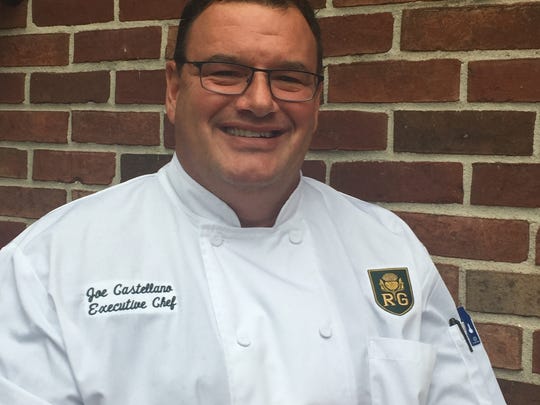 Castellano was born and raised in York, having graduated from York Catholic High School. He recently returned to the area after living on the west coast.

“It’s a good honor,” Castellano said on coming home. “I get to be with my family and do what I get to do on my home turf.”

He believes the Iron Chef event will be a good chance to showcase his skill.

“You have one bite to capture everyone’s attention,” Castellano said. “There’s going to be a lot of food there… your food has to stand out.”

He added he’s excited to help the community with this event. 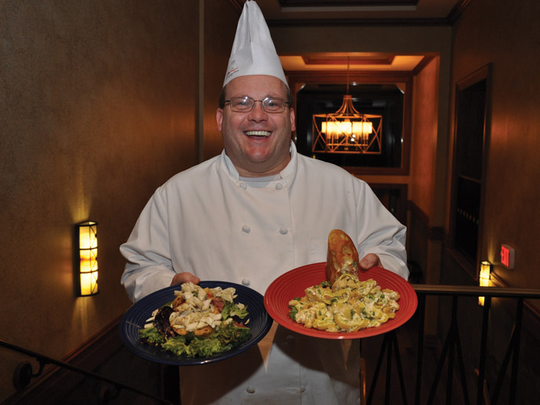 Mummert is a long-time food industry veteran, having worked himself from a dishwasher at the country club in 1981 to becoming the executive chef.

“I believe York County is a very generous county that tries to help out everybody,” Mummert said of his home turf.

He believes the chefs in the competition will be beneficial to all in attendance.

“I think that all the chefs will be able to showcase their great cooking can be done with basic ingredients,” Mummert said.

One tip of advice he gave would-be cooks is not to overdo spices. “Salt and pepper goes a long way,” he said. 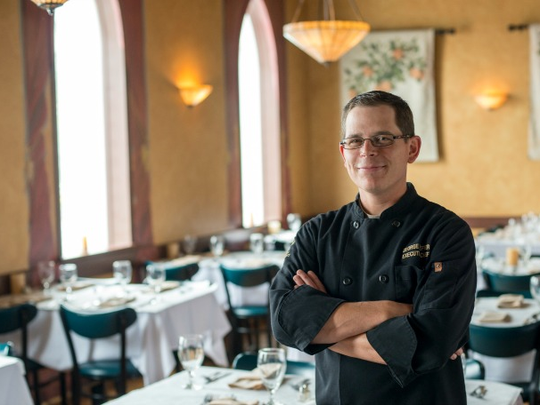 Sheffer got his start in the industry as a dishwasher and busser at Victor’s in York. Sheffer returned years later and became the restaurant’s Executive Chef in 2008.

In his time as executive chef, the restaurant has garnered several awards including “Best of York” and the Susquehanna Style Silver Spoon Awards.

Sheffer hopes to inspire those cooking to be more creative and push boundaries.

“There’s no wrong thing you can do with food, except burn it,” Sheffer said. “Be creative, experiment. Try to do something different for the family.”