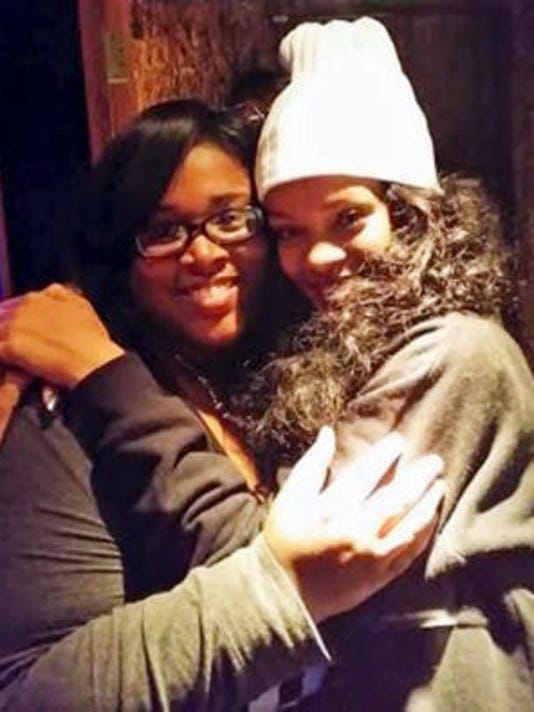 Alicia Renee Williams sat in a LA recording studio staring at the security cameras. She studied each camera angle, anxiously waiting for R&B and pop singer Rihanna to walk through the door.

Less than 24 hours earlier, the local singer/songwriter, formerly known as Alicia Day, learned Rihanna wanted to work with her on a song for the upcoming 3D animated movie, "Home."

When Rihanna finally arrived, Williams said she was so nervous and excited she nearly cried. It's not every day that you get to meet Rihanna.

"(Rihanna) just kept going on and on and on about how amazing I was," Williams said. "She was so sweet and amazingly down to earth."

That day was the first of several studio sessions with Rihanna as they prepared songs Williams wrote for Rihanna's next studio album and her concept album for "Home." Rihanna stars in the movie, along with Jim Parsons, Jennifer Lopez and Steve Martin. The movie opens in theaters March 27.

"It talks about if I were to go, how I wouldn't want to go alone," she said.

Williams' song-writing days date back to her days at William Penn Senior High School. She said she used to sit in class writing songs and poems instead of paying attention to what was written on the chalkboard. And when she wasn't in the classroom, she spent her time in the marching band, with the drill team, making her own mix tapes or doing other types of performance art.

"(Alicia) sang constantly," said her mother Lucertia Day of York. "She wrote constantly. It was hard to get her to do anything that wasn't connected to music."

It wasn't until after high school that Williams started to get the attention of some of the bigwigs in the music industry.

She moved to Atlanta, and with the help of her husband, she began sending demos to music professionals using the website Blazetrak.com. By July 2013, she was signed by producer Rodney Jerkins.

Since then, Williams has written the lyrics and melody for Ariana Grande's song, "Hands On Me," which was featured on her Grammy-nominated album "My Everything." And in November of 2014, Williams was signed to Jay-Z's label, Roc Nation.

"Everybody that knows me in York knows that I was a die-hard Jay-Z and Beyoncé fan, so it's crazy I ended up getting signed to his label."

Williams' obsession with Jay-Z was so intense she used to buy a cake to celebrate his birthday each year.

"People thought I was crazy," she said. "It's really a dream come true."

In the future, Williams said her dream goal is to work with Beyoncé, Jay-Z and Adele. She might even plan to release her own album as well.

"Sometimes writing for artists, you can't be as free as you want to because you have to give them what they want," she said. "I would really like to put out something that is just me."

What: "Home" movie soundtrack, featuring Alicia Renee Williams' song "As Real As You And Me"

Purchase: The soundtrack can be pre-ordered oniTunes.com or Amazon.com.