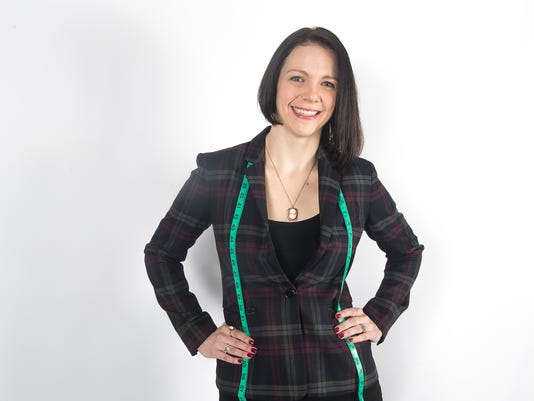 American Girl dolls: next to Barbie and Cabbage Patch Kids, they're arguably the most popular line of dolls among young girls.

When Kristen Ernst-Brown was a kid, the historical characters were more than just toys though. They were peeks into the past, and one of her first glimpses into what would become her future career.

Rather than dressing dolls in petticoats and gowns, today the Delone Catholic High School alumna designs and crafts historical costumes for the silver screen and television. She is nominated for Best Costume Design in the International Filmmaker Festival of World Cinema awards in London for her work in "I Am Henry," a short film about King Henry VIII.

Sebastian Street and Fleur Keith star in "I Am Henry" as King Henry VIII and Anne Boleyn. Delone Catholic High School graduate and former Hanoverian Kristen Ernst-Brown served as costume designer for the film, and she is nominated for Best Costume Design in the International Filmmaker Festival of World Cinema Awards for her work. (Photo: Courtesy of flyingdutchmanfilms.org)

"I love that every day and every film is different," said Ernst-Brown, 30, of London. "I experience different time periods, different characters and I get to work with different people. No day is the same, and I love it."

Formerly a Hanoverian, Ernst-Brown learned to sew as a student at Delone Catholic High School from teacher Lorie Keeney.

"The creativity she had - you could just see her thinking through the ideas she had," Keeney said.

Ernst-Brown's mother, Lisa Ernst, 53, of Hanover said her daughter always had her own unique style and wanted to be a fashion designer since seventh grade.

"All of her hard work is finally paying off," she said.

Ernst-Brown graduated high school in 2003, after which she attended Moore College of Art and Design in Philadelphia where she earned a Bachelor of Fine Arts in fashion design. She interned with Nanette Lepore, a New York City-based fashion designer, and landed a job with the company after finishing her degree. When the U.S. economy took a downturn between 2008 and 2009, Ernst-Brown found herself unemployed. She then worked for Komar, an intimate apparel and sleepwear manufacturer, but the job was "too corporate."

In addition to working 40 hours a week, Ernst-Brown started helping out backstage for an opera company and a burlesque group on weekends and evenings.

"I wasn't getting paid, and I loved it," she said.

She took classes at the Fashion Institute of Technology, where she studied costume design, how to break down a script to design for different characters and how to map out a career in the industry.

As she networked with fellow designers, Ernst-Brown realized she was ready for a change and chose to pursue a costume design degree.

"I decided I couldn't do a desk job in fashion anymore," she said.

"I think I've always wanted to do historic costumes," she said. "I guess I didn't realize that was actually a career until I was in college."

Rather than a mere career change, Ernst-Brown decided to make a "life experience change" and moved to England to attend the London College of Fashion. As she earned her master's degree, she began contacting every designer whose work she admired.

"It was a lot harder than it sounds because they don't have Facebooks, and their phone numbers aren't in the directory," she said.

The job offers trickled in, and Ernst-Brown worked on several films, serving in various capacities related to costume design, like helping designers choose fabrics or trims.

"That's one of the reasons I love the industry," she said. "I get to do everything."

For "I Am Henry," Ernst-Brown had a week to find, prepare and alter all the costumes used in the movie. The plot centers around King Henry VIII reflecting on "his glory days," she said. The film was a perfect fit for Ernst-Brown, who is fascinated by the Tudor dynasty era.

Her Best Costume Design nomination came as a complete surprise - she didn't even know there was such a category for short films.

The winners will be announced at the festival that runs Feb. 18 through 26. The festival includes screenings of films throughout the week, and it will be Ernst-Brown's first time watching "I Am Henry."

"It is very gratifying to see my work come to life and create a character," she said. "It is always nice to see your hard work pay off."

When she received the phone call about her nomination, Ernst-Brown was getting ready to go to her current job. She is a junior crowd costumer for "Fantastic Beasts and Where to Find Them," a prequel to the Harry Potter series. She assists with finding costumes for crowd scenes.

"There are massive amounts of crowds in this film," she said.

It's "kind of a dream job" for the Harry Potter fan. "It is an honor to work on 'Fantastic Beasts,'" she said. "It is magical every time I step on set or dress a wizard! To be a part of something so iconic is a privilege that I never would have imagined for myself when I started my career in costume design."

Ernst-Brown encourages young people to "just go for it" when it comes to pursuing a career.

"If you're passionate about something and you want to do it," she said, "you can make it work."