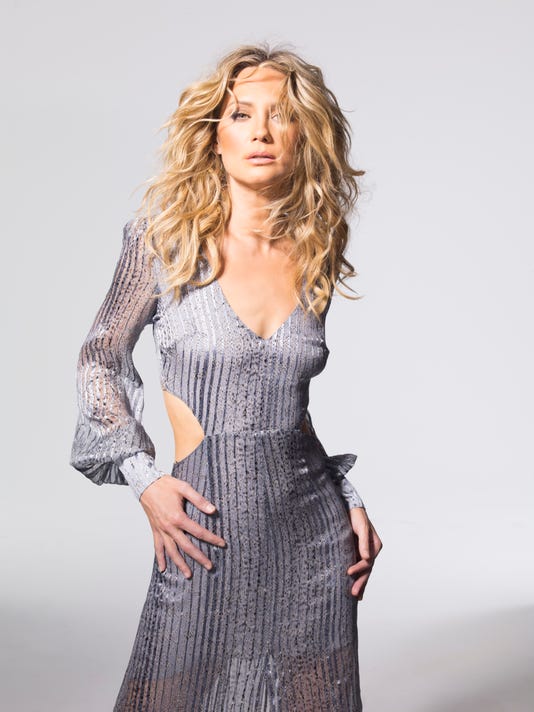 Jennifer Nettles never saw motherhood as a top priority in her life. She lived for music.

But Nettles is now a proud and happy mother, having given birth to a son, Magnus, in December 2012. And not only has it been a life-changing experience on a personal level, being a mother has been a game changer for Nettles’ outlook on her career.

“I feel like I was reborn the day that Magnus was born because it set me on this trajectory to become way braver, to allow myself to be way more vulnerable and to put myself out there that feels raw and exposing and that feels much more authentic,” Nettles said.

How her new life has translated to her music will become more apparent in early April when Nettles, 41, will release her second solo album, “Playing with Fire.”

“I’ve lived a good bit more life, and in having become a mother, I have experienced what that is and how it has really transformed me in many ways,” the Georgia native said. “So I think there’s a lot to be said on this album that will be much more vulnerable and raw and sassy and fun.”

The greater lyrical depth and emotional range of the new music will be accompanied by a different musical personality on “Playing with Fire.”

Nettles, the lead vocalist in the popular country group Sugarland, stepped out as a solo artist in 2014 with the album “That Girl,” which showed a rootsy sound that frequently echoed early ‘70s California country-rock.

“Playing With Fire” will have a different feel, she said.

“The sound on this album, on ‘Playing With Fire’ is definitely a much bigger sound than ‘That Girl’ was,” Nettles said. “While there are moments of beautiful sparsity and vulnerability, of that sort of organicness that’s in it, there also lots of delicious layers, too.”

While the growth Nettles was seeing in her music was happening away from the public eye last year as she made “Playing With Fire,” her new sense of adventure did surface in high-profile ways in 2015, as she found new avenues for artistic expression.

First came her starring role as Roxie Hart in the Broadway production of the hit musical “Chicago.”

“I grew up doing theater and have loved it, and it’s been something I’ve been wanting to get back to for a very long time,” Nettles said.

“They were looking for someone new to come in and had reached out through my agent, and the timing was perfect for me to try it,” she said. Later in the year, Nettles portrayed Dolly Parton’s mother in the television movie, “Coat of Many Colors.” That film aired on NBC twice during December.

Nettles said just getting to work with Parton was a thrill and an honor. But she also loved her role. 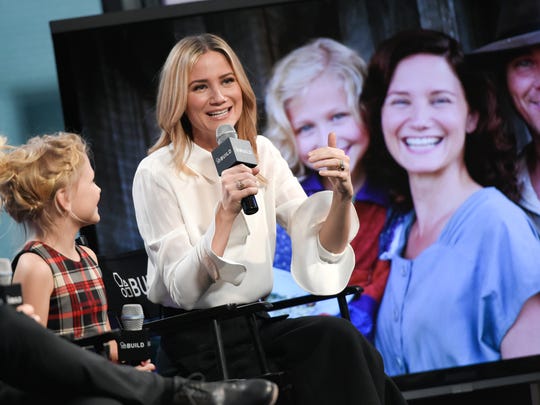 “To get to play her mother, which is one of the most, I think, intimate relationships that one can have, was just, it was all the way around such a positive experience for me,” she said.

Nettles plans to do more acting in the future, but the early part of 2016 figures to be devoted to music, with her headlining run on CMTs “Next Women of Country” tour preceding the release of “Playing With Fire.” Even though the album won’t be out until April, Nettles has already been performing a number of the new songs in concert, but her set will encompass her whole career.

“I joke and say it’s the ghost of music’s past, present and future because I play some old stuff, some stuff in the middle and then obviously the new music, as well with a few surprises,” Nettle said of her show.

Nettles will be joined on the “Next Women of Country Tour” by Brandy Clark, Lindsay Ell and Tara Thompson. As its title suggests, the tour is meant to promote female country artists, who as a gender, have faced an uphill battle in the genre as radio has tilted strongly in favor of males as the so-called “bro-country” movement has taken hold.

“Any time I get the chance to champion women I want to be able to do it on any front,” Nettles said. “As for the industry on the whole, all of that stuff is cyclical. There are trends and they come and they go…I mean, I can look at the (airplay) numbers and yeah, I can get aggravated and angry at the numbers and what they say. But at the same, as far as what I bring to the table, the beautiful thing about being a musician is that physical brawn has no bearing on how good you are at it. So to me it’s a level playing field between men and women and I think put me in. I’ll go toe to toe.”