What did people watch during the snowstorm?

Snowed in with nowhere to go, Comcast customers set a record this weekend.

What did people watch during the snowstorm? 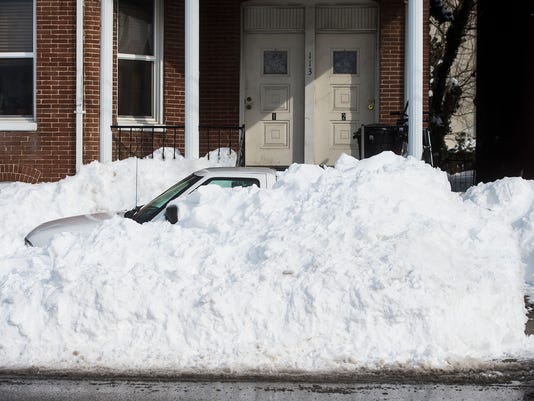 A snowed-in car is parked near Franklin Street on Jan. 25, 2016, the second day for Hanover post-Jonas.(Photo: Clare Becker, The Evening Sun)Buy Photo

Snowed in with nowhere to go, Comcast customers watching Xfinity On Demand set a record this weekend, according to a news release from the television provider.

During Winter Storm Jonas, 1.29 million people watched Xfinity On Demand at the same time on Saturday, surpassing a record set during last year's Xfinity Watchathon, during which customers receive free access to thousands of episodes.

Additionally, Xfinity On Demand views rose 23 percent from the previous Saturday, the news release states, due in part to "significant spikes in Jonas-impacted regions."

Pittsburgh and Harrisburg views increased by 38 percent. Throughout the northeast, views went up 40 percent, while Philadelphia and New Jersey views rose by 50 percent. Views in Baltimore and Washington, D.C. increased by 56 percent.

So what was everyone watching?

NBC's "Shades of Blue" soared to the top as the most popular cable/broadcast show over the weekend, the news release states. HBO's "Game of Thrones" ruled the premium category.

Cartoon Network's "Teen Titans Go" was the most watched children's show, and "Hotel Transylvania" on FX was the most popular free Video On Demand movie. "The Intern," starring Robert DeNiro and Anne Hathaway, was the most popular rental movie across the board, but most viewers in Washington D.C. and Baltimore went for the Oscar-nominated "The Martian."

What did you watch during the storm? Let us know in the comments section.