The Time Jumpers to perform in Hanover

The Time Jumpers to perform in Hanover 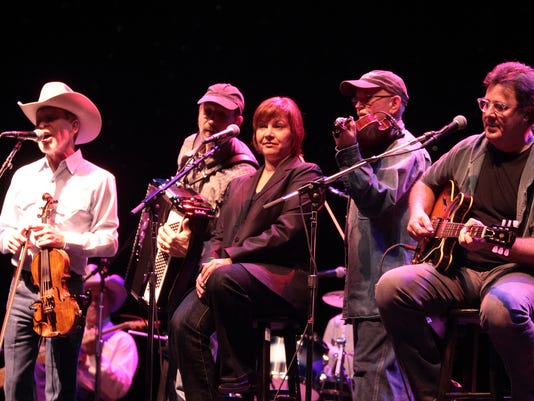 A powerhouse country music group will bring their Nashville sound to Hanover in April.

Formed in 1998, The Time Jumpers started out as just a group of studio musicians looking to jam, according to a news release from the Eichelberger Performing Arts Center. They started playing Monday nights at the Station Inn bluegrass club of Nashville, eventually drawing massive crowds to the venue.

The Time Jumpers have had various musicians sit in with them during gigs, including Reba McEntire, Bonnie Raitt, Norah Jones, Robert Plant, The White Stripes, Kings of Leon, Jimmy Buffet and Kelly Clarkson.

Their 2013 self-titled album earned them two Grammy nominations for best vocal performance by a duo or group in country music and best country album.

Other stories of interest: Panic! At the Disco coming to York College