The Hanover Little Theatre's upcoming production of 'Little Shop of Horrors' will raise money for the Safe Home Program at the Hanover YWCA. 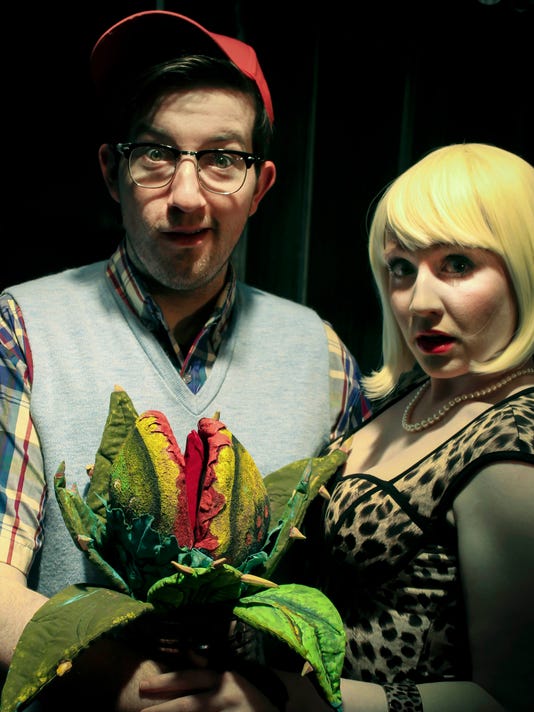 The Hanover Little Theatre will continue its tradition of giving back to its community with an upcoming production of "Little Shop of Horrors."

A cast of 11 will perform the rock musical classic April 8 through 10 and 14 through 17, with a portion of ticket proceeds benefiting the Safe Home Program at the Hanover YWCA. The program assists domestic violence victims in York and Adams counties with services like a 24-hour hotline, counseling, legal advocacy and child therapy.

"Little Shop of Horrors" is a comedic tale centered on the meek and mild-mannered Seymour Krelborn, a florist living in a dark and gloomy skid row neighborhood, director Jeremy Slagle said. Seymour encounters an unusual, carnivorous plant that craves blood in order to grow, and as he feeds the plant's appetite, positive things happen in his life.

"All of that comes at a price," Slagle said. "Things start spiraling out of control, and he has to make some sacrifices." PA Herb and Garden: Plant now and other garden tips

The overall theme of the show is how the choices people make come with consequences, Slagle said. It features the familiar musical numbers "Somewhere That's Green" and "Suddenly Seymour."

"Little Shop of Horrors" is the sixth show through which the theater has raised money for a local nonprofit. Slagle said typically they select an organization whose mission somewhat ties into their show. In the musical, the lead female character, Audrey, Seymour's love interest, is trying to escape an abusive relationship.

Tickets are on sale now and cost $14, with discounts offered for students, senior citizens and groups. Slagle said $2 from each ticket will go to the Safe Home Program, and an anonymous patron will match that amount. Additional donations will be accepted at all performances as well.

With a plethora of giant plant puppets and a 1950s feel to the set and costumes, audiences can expect an exciting show, Slagle said.

"It's just going to be a rockin' good time."