Finally, “Game of Thrones” gave viewers exactly what they were looking for — an episode worthy of all the hype leading up to Season 6. 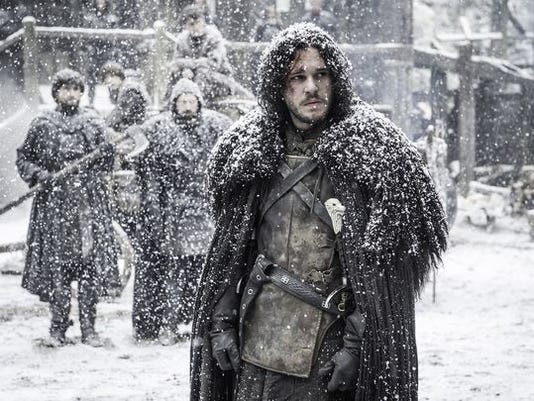 Jon Snow has been resurrected! What's next for the North.(Photo: HBO)

Finally, “Game of Thrones” gave viewers exactly what they were looking for — an episode worthy of all the hype leading up to Season 6.

No, it wasn’t Ollie getting his due for his hand in Jon’s death, but it comes pretty close.

Beware for spoilers from “Game of Thrones” Season 6, Episode 2.

I hate to say I told you so but…

““My prediction: In Episode 3, viewers will see Davos the eternal optimist cheer up Mel and help her get her swagger back. Mel will say the words over Jon’s body later in the episode, and his eyes will open up just in time for the credits for that episode.””

So I was an episode off from my reactions last week, but nothing like a little #humblebrag for myself, right?

It was the worst-kept secret for any fan of the show, but now with Jon back in the picture, things in the North are about to get really interesting.

Where does Jon seek revenge first? Ser Allister Thorne? Ollie? The Boltons? The Freys? Who knows, but Season 6 just became the best season of “Game of Thrones” and we’re only two episodes in.

Anthony J. Machcinski writes on "Game of Thrones" for FlipSidePA.com. Follow him every Sunday as he live-tweets the episode. You can follow along on Twitter by following him at @ChinskiTweets.