WATERLOO, JUNIATA COUNTY - The historic Upper Tuscarora Presbyterian Church will be the setting for a 2 p.m. concert and afternoon party Sunday, May 22, when West Chester University of Pennsylvania presents pianist Terry Klinefelter and soprano Anne Sciolla in concert as part of the West Chester University Visiting Artist Series at Upper Tuscarora.

The program is expected to include Richard Strauss’ "Four Last Songs" as well as lighter jazz fare.

Klinefelter performs in a wide variety of settings in both the classical and jazz fields. As a collaborative pianist she has performed with such diverse artists as the late violist Emanuel Vardi, a member of the NBC Symphony under Artro Toscanini; and Kim Fisher, principal second violin  with the Philadelphia Orchestra. She has played internationally at the Rome Festival in Italy and the Escuela Superior in Monterrey, Mexico. As a recording artist, she has performed as a sideman and on her own debut trio CD, “Simple Gifts."

She will play a Boston by Steinway and Sons grand piano at the May 22 concert. 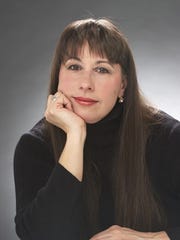 Sciolla made her solo debut with the Philadelphia Orchestra, Allegro Society Orchestra, Orchestra Society of Philadelphia. She serves on the Board of The Singing City Choir, Philadelphia, and the Recording Academy, Philadelphia Chapter. Known as the ultimate cross-over singer, she was backup vocalist on jazz organist Joey DeFrancesco's album, "Never Can Say Goodbye," was vocal coach to Courtney Love, and has performed with Kevin Eubanks of "The Tonight Show" and other celebrities.

Some old documents and photos from that era will be displayed.

A free will offering will be accepted.