'90s stars to bust a move at York Fair

Alright, stop: The top superstars of the 1990s are going to make the York Fair into a Gangsta's Paradise this September.

'90s stars to bust a move at York Fair 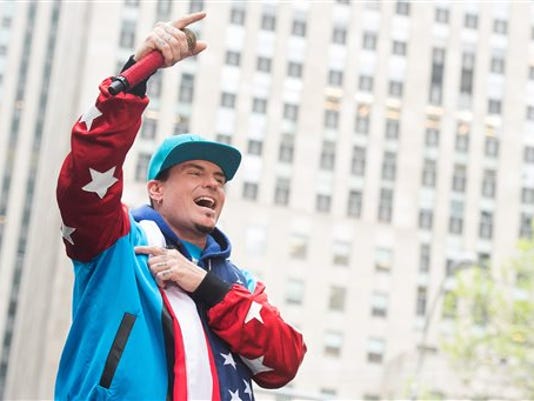 Alright, stop: The top superstars of the 1990s are going to make the York Fair into a Gangsta's Paradise this September.

Get your big jeans out for the show starring Salt-N-Pepa, Vanilla Ice, Coolio, Tone Loc, Young MC and Color Me Badd on Sept. 14. Showtime is 7 p.m.

Got that money and power? Roll up with the homies for $49 (track and center plaza), $44 (center grandstand), $39 (side plaza) or $34 (grandstand sides). There's a processing fee for phone, mail and internet orders. No charge for the souped-up tempo.

Alabama to perform at 2016 York Fair

Too much television watching? Stop chasing dreams and get the party jumping with S and the P and everyone in between.