The 31st Annual "Salute to Independence" concert, presented by the Maryland Symphony Orchestra, will be held on Saturday, July 2, at the Antietam National Battlefield. 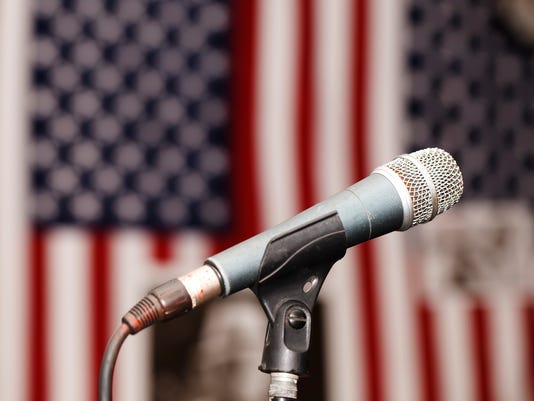 SHARPSBURG, MD. - The 31st Annual "Salute to Independence" concert, presented by the Maryland Symphony Orchestra, will be held on Saturday, July 2, at the Antietam National Battlefield in Sharpsburg, Maryland.

MSO Music Director Elizabeth Schulze has programmed a concert that will honor, through words and music, the men and women who have served the United States in the past, and those who are currently members of the Armed Forces. The concert will also commemorate the National Park Service's 100th anniversary in 2016 and, as part of its 35th anniversary season kickoff, the Maryland Symphony Orchestra will unveil a new look that represents the first major logo overhaul in its history.

The "Salute to Independence" has become one of Maryland's most patriotic outdoor events and Washington County, Maryland's largest, one-day tourism event, attracting nearly 30,000 people each year. In recent years it has been recognized by the American Bus Association as one of the "Top 100 Events in North America."

Baritone Robert Tudor will be the guest soloist for the concert and will provide narration to Jay Unger's stunningly moving and famed "Ashoken Farewell."

He will sing the National Anthem and lead the traditional Salute to the Armed Forces medley and the "Sing -Out America" sing-a-long.

The MSO will be performing such crowd pleasing favorites as Tchaikovsky's "1812 Overture," Copland's "Fanfare for the Common Man," selections from Ferde Grofé's "Grand Canyon Suite," the Armed Forces Salute, and Sousa's "Yorktown Centennial March" and "Stars and Stripes Forever."

Serving as master of ceremonies will be former television news anchor and producer Pieter Bickford. Bickford is a lifelong journalist who now spends his days uncovering fun things to do in the area as editor-in-chief of What's NXT, a free monthly event guide.

The evening will end with a spectacular fireworks display supported by PNC and produced by Bay Fireworks of Farmingdale, NY.