The Luhrs Center has been bringing great performances to the Cumberland Valley since it opened its doors in 2006. Its new season opens Sept. 22.

H. Ric Luhrs, Shippensburg University Foundation board member and benefactor, and chairman of the board of the Beistle Company, shared Ceddia’s enthusiasm. When then-Governor Tom Ridge learned of the idea, the dream began to take shape. The Commonwealth of Pennsylvania signed on to cover half of the $20 million in construction costs, with the rest to be raised with private funds by the Shippensburg University Foundation.  The project was soon up and running thanks to contributions from community members like Luhrs, John and Cora Grove, and many other alumni, friends and businesses, including the Orrstown Bank.

In 2006, the H. Ric Luhrs Performing Arts Center opened its doors to the public and the region has been flocking to the center ever since.

Dr. Leslie Folmer Clinton, who has served as director since its inception, attributes the popularity of the venue to a variety of reasons, all which add up to an entertaining and seamless experience. “First of all, we’re easily accessible off the interstate, we offer plenty of free parking and when our patrons walk in the door, they are greeted by our volunteer ushers who assist them.”

Clinton refers to positive TripAdvisor comments. “Our ushers rank very high for their friendliness and customer service,” she said. 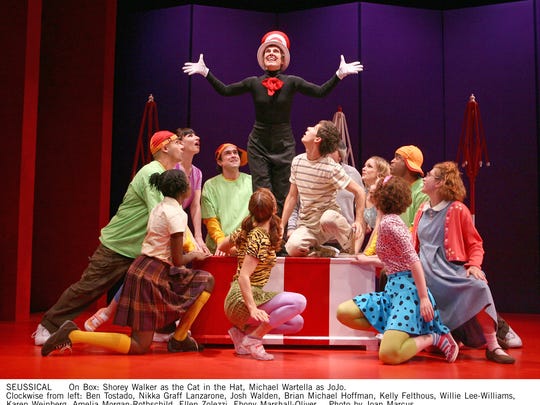 Keeping a finger on the pulse of the audience is also key, and Clinton makes it a point to attend every show to gauge audience reactions with future bookings in mind. “We continue to, as in the beginning, provide a wide variety of entertainment. The fact that the theater is very comfortable and there’s not a bad seat in the house, is also remarkable,” she said.

Another detail the public may not think twice about until they’re ready to leave is the ease of departure. “Campus police assist with getting people out of the parking lot and on their way as quickly as possible when the show ends,” said Clinton.

As for demographics, Clinton recognizes that the original audience is now 11 years older, so her goal is meeting the challenge of appealing to both young and old. “We offer children’s programming to share that appreciation for live entertainment. New country music artists are also emerging all the time, which gives us the opportunity to draw a younger crowd to the facility as well.”

Another Luhrs Center favorite is Jack Hanna, who has visited the Shippensburg venue three times in the past three years. “He said he really likes coming here and is very giving of his time, posing for pictures and signing autographs during public ‘meet and greets,’” said Clinton.

Luhrs is also rolling out the welcome mat for a few tribute bands these days. “An Eagles tribute band was received quite well last season,” said Clinton.

The new season kicks off on September 22 with American Idol star Scotty McCreery, followed by a tribute to Prince and ABBA and a performance of Rodgers and Hammerstein's “Cinderella.”

Next up is “The Price is Right Live,” which is a divergence from the normal entertainment offered at Luhrs. The stage show follows the television show format that most know and many love, albeit without Drew Carey. Fans take note: You too can be a contestant on "The Price is Right." Clinton just asks that you show up three hours before the show on October 14 if you want to try to make the cut.

After having served all these years as director, Clinton says what she finds the most gratifying is paying the ticket price just like any other audience member to enjoy the acts and hear the enthusiastic reaction of those around her. That’s when she knows it’s a job well done.