Grammy winner Matt "Doctor" Fink, an original member of Prince and the Revolution, heads the act. 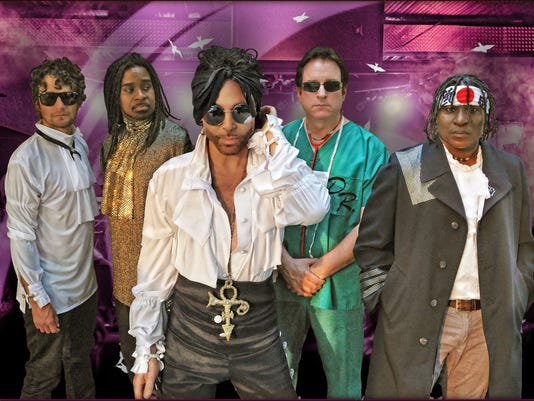 SHIPPENSBURG -  On Thursday, Sept. 29, the Luhrs Center presents The Purple Xperience, a Minneapolis, Minnesota-based act that brings memories of Prince and The Revolution to audiences of all generations.

Led by Matt Fink - also known as "Doctor Fink," a three-time Grammy Award winner and original member of Prince and The Revolution from 1978 to 1991 - The Purple Xperience imaginatively styles the magic of Prince’s talent through its appearance, vocal imitation and multi-instrumental capacity on guitar and piano.

Backed by the best session players in the Twin Cities, Matt Fink and Marshall Charloff have undoubtedly produced the most authentic re-creation of Prince and The Revolution in the world..

Keyboardist, record producer, and songwriter Matt "Doctor" Fink won two Grammy Awards in 1985 for the motion picture soundtrack album for “Purple Rain," in which he appeared. He received another Grammy in 1986 for the album "Parade: Music from the Motion Picture ‘Under the Cherry Moon,'" the eighth studio album by Prince and The Revolution. Fink also has two American Music Awards for "Purple Rain," which has sold over 25 million copies worldwide since its release.

Fink continued working with Prince until 1991 as an early member of the New Power Generation. He was also a member of the jazz-fusion band, Madhouse, which was produced by Prince and Eric Leeds, Prince’s saxophonist. Notable work with Prince includes co-writing credits on the songs “Dirty Mind,” “Computer Blue,” “17 Days,” “America,” and “It’s Gonna Be a Beautiful Night,” as well as performing credits on numerous albums.

Following his work with Prince, Fink built his own full service recording studio facility, StarVu Studios in Minneapolis, where he honed his skills as a producer and mixing engineer. He has worked on projects from video game soundtracks to session and production work for artists in the U.S. and abroad. He also released two Sony Acid Loop Libraries, "Doctor Fink’s Funk Factory” and “Matt Fink StarVu Session Keys." He released an album in 2001 called "Ultrasound."

Marshall Charloff, front man for The Purple Xperience, imaginatively styles the magic of Prince’s talent in an unmatched fashion with his appearance, vocal imitation, and multi-instrumental capacity on guitar and piano.

Charloff taught himself to play the guitar at the age of 15 and later taught himself the piano, bass, and drums. He is a celebrated producer and recording artist, skills that paved the way for Marshmallow Fields, a 1990s production team consisting of Marshall, Grammy winner John Fields (The Jonas Brothers, Miley Cyrus, and Switchfoot), and Steven “Funkytown” Greenberg. Their single charted on the Billboard Top 100 dance charts and is still in rotation amongst DJs around the country. Marshmallow Fields’ credits include productions for The Commodores, Rock and Roll Hall of Fame inductees Little Anthony and the Imperials and multi-platinum selling Lipps Inc., to name a few.

His latest two recordings are on the album "94 East " featuring Prince, and, in 2009, on his self-produced single “Cougars," which was on the soundtrack of feature film “Thieves Like Us”.

Charloff teamed up with Doctor Fink from Prince and the Revolution and Pepe Willie from the band 94 East to perform at the Rock and Roll Hall of Fame benefit concert. On the same bill were Cheap Trick, Atlanta Rhythm Section, and the Georgia Satellites.

He performed for seven years as one of the country’s most sought after dueling piano players as one-half of The Funkeys, in which he garnered a strong following as one of the nation’s best Prince impersonators.