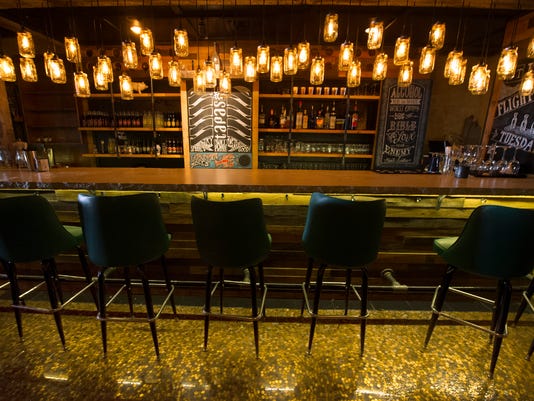 Before there was Tutoni’s Restaurant, there was a wine dispenser and a dream.

The dream was not the farm-to-table Italian restaurant that husband-and-wife duo Tony and Toni Calderone ended up opening at 108 N. George St. in York in May 2014. Though, it has been a success.

It was always to open a wine bar – an inviting place where guests could come to sample a variety of wines, intimidation-free, Toni Calderone said.

But when the Calderone’s began pursuing an economic development liquor license – which requires at least 70 percent of sales come from food and non-alcoholic beverages – the wine bar was put on hold and a full-service restaurant became the focus.

For nearly two years, the restaurant has been BYOB.

“The food was that good that we didn’t need a liquor license,” Toni Calderone said.

But they never gave up the dream.

The process of getting an economic development liquor license took a lot longer than expected, Toni Calderone said, and when it didn’t work out, she and her husband began pursuing a full liquor license, which should be finalized by Jan. 25.

Yes, that means that the wine bar is finally becoming a reality.

After about nine weeks of construction, the TT Bar (named for Tony and Toni) is scheduled to begin soft openings on the second floor of the restaurant at the end of January before its official launch in early February.

The rustic, dimly lit space, which seats 45 in the dining room and 25 in the bar, is meant to be inviting for all types of wine drinkers from beginners to connoisseurs, Toni Calderone said.

The floor, made of 35,000 pennies, leads the way to the bar, where chalkboard menus list its offerings: small plates or tapas, Italian craft beers and prohibition-era cocktails made in-house. Tapas could include anything from lobster rolls to bruschetta to specialty popcorn.

The TT Bar offers the same quality and locally-sourced mentality as Tutoni’s menu, general manager Bryan Busch said. Even the cranberry juice is made in-house, and the sodas are all small-batch.

But what the staff is most excited about is the wine. 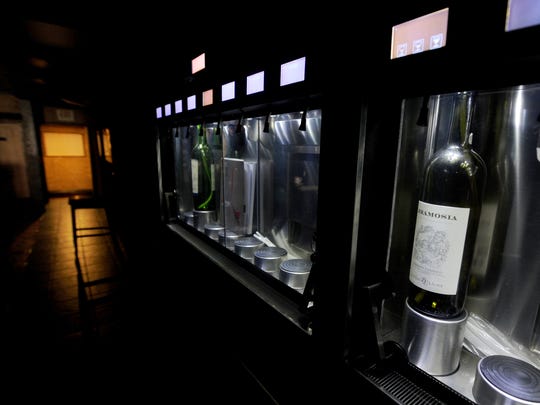 Four self-serve wine dispensers, containing 46 bottles of wine, are set up in the bar area. To use them, guests will purchase a gift card, insert the card into the machine and select a 1-oz., 3-oz. or full-glass pour of wine of their choice.

“We want to kind of give our guests a spectrum of the wine world and make it very approachable and friendly,” Busch said.

The selection will include varietals from all over the world, including regions of France and Italy, he said. And they won’t be available in the state store.

“This is an opportunity for me to educate (people about) all the different varieties and all of the different countries that produce great wines that are underrated and aren’t known about,” Toni Calderone said.

Bottles will range from under $30 to about $300, and tastings can be purchased for anywhere from $1 an ounce to $40 an ounce.

“It takes the intimidation off of everything,” Toni Calderone said. “You can find out what you like without someone like myself or Bryan telling you what you should be drinking.”

No reservations will be accepted for the TT Bar. Hours are to be determined.

Once the TT Bar is up and running, the Calderone’s will keep the dream alive by opening a cocktail lounge with a speakeasy feel in the basement of the restaurant, Toni Calderone said.

This will be the final phase of the restaurant’s business plan and could open in as early as three months. 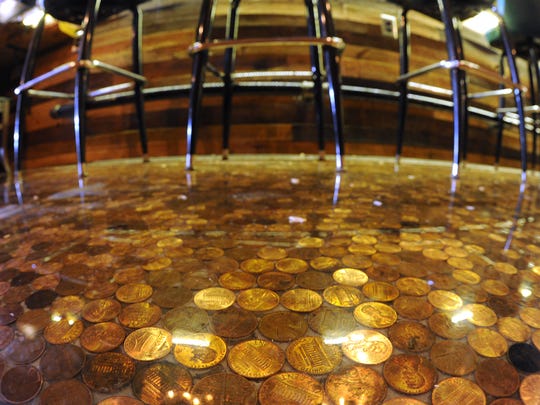