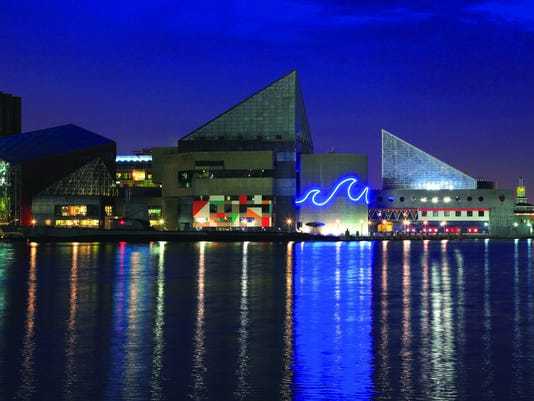 Here's a look at 16 things (and then some) to do in Baltimore this year, from food and brews to art and theater.

More than 100 restaurants have signed up to show off their hand-crafted cuisine during Winter Restaurant Week, Jan. 22 to 31. This year, two-course lunch and brunch menus are $15 or $20, and three-course dinner menus are $25 or $35. Search for a restaurant by cuisine type or neighborhood, view menus and make reservations at baltimorerestaurantweek.com.

Where: Throughout the city. 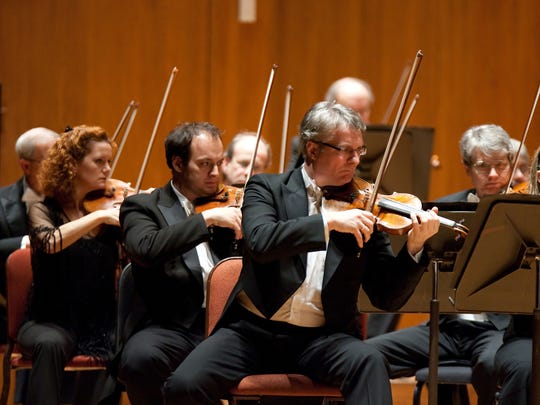 The Baltimore Symphony Orchestra is celebrating 100 years of music in its 2015-16 season. (Photo: Submitted)

The highlight of the season will be Centennial Celebration Week with a 100th Anniversary Concert at 8 p.m. Feb. 11. The program includes legendary violinist Joshua Bell performing his own unique adaptation of Bernstein’s “West Side Story Suite.”

Info: For the BSO’s complete schedule and to purchase tickets, visit bsomusic.org.

Light City Baltimore is billed as the first-of-its-kind large scale light festival in United States. Set for March 28 through April 3, the celebration of light, music and innovation will bring together national and international artists, musicians and thinkers. Performances will be held in Inner Harbor and the lights will stretch from the waterfront into five downtown neighborhoods.

In 1816, Baltimore was the first American city to illuminate its streets with gas lanterns, revolutionizing the landscape and forever transforming the city with light.

Where: Inner Harbor and surrounding neighborhoods. 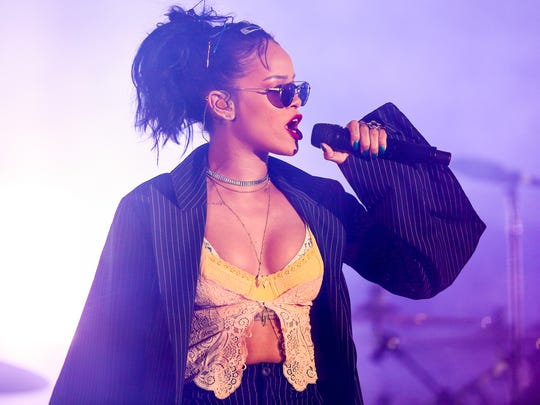 Sherwood Gardens is at its best in the spring when the 80,000 tulip bulbs planted annually are in bloom. The tulips reach their peak from the last week of April to the first week of May, depending on the weather, along with other spring-flowering bulbs, dogwoods, flowering cherries, wisteria, magnolias and azaleas.

The six-acre garden is private, part of the Guilford community, but the public is welcome to stroll the grounds for free. If you want some for your own garden, return with a shovel and bucket for the Tulip Dig later in May and take home bulbs for 30 cents each.

Where: The gardens are bordered by East Highfield Road, Underwood Road, Stratford Road and the Greenway.

Raise a glass at the Maryland Zoo’s largest fundraiser of the year with food, drinks and live music at the Waterfowl Lake Pavilion. Tickets include unlimited beer samplings, a commemorative tasting glass, entertainment, food and artisan vendors, and zoo admission. Super Sipper VIP packages are available if you order early. Return Oct. 22 for OktoBEARfest, a fall beer festival being in conjunction with Baltimore Beer Week.

Tickets: On sale in March.

More animals: The National Aquarium presents a journey through the wonders of our aquatic world with 20,000 animals. Visit aqua.org. 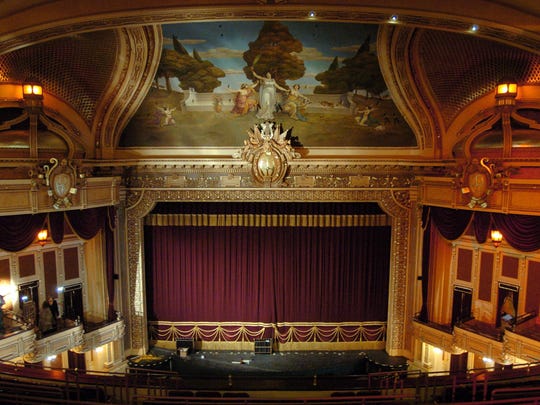 The historic Hippodrome Theater will feature Ali MacGraw and Ryan O’Neal in “Love Letters,” A.R. Gurney’s enduring romance about first loves and second chances. The show runs June 7-12. The Hippodrome's lineup of national tours of Broadway shows, music, dance and comedy concerts also includes “The Phantom of the Opera,” the State Ballet Theatre of Russia’s “Romeo and Juliet,” “The Illusionists,” Ciara, “Cabaret,” Jay and the Americans, Disney’s “Beauty and the Beast” and more. The legendary theater opened in 1914 as a movie house that also showcased vaudeville performances. It closed in 1990 and following an extensive construction and restoration project, reopened in 2004 as a world-class venue.

More culture: Learn about the Bromo Tower Arts & Entertainment District from the Baltimore Office of Promotion & the Arts at promotionandarts.org or the Bromo Arts District at bromodistroct.org.

On exhibit: The Big Hope Show, through Sept. 4

American Visionary Art Museum is featuring The Big Hope Show, now through Sept. 4, an original and unabashedly idealistic exhibition that champions the radiant and transformative power of hope. More than 25 visionary artists, among them many “super survivors” of enormous personal traumas, exhibit soulful creations reflecting their personal transcendence and, often, a heightened or newfound creativity and sense of humor.

The American Visionary Art Museum is the official national museum for self-taught, intuitive artistry. It has 55,000 square feet of exhibit space and a permanent collection of 4,000 pieces, including works by visionary artists Ho Baron, Nek Chand, Ted Gordon, Clyde Jones, Leo Sewell, Vollis Simpson and Ben Wilson. It also includes over 40 pieces of work from the Cabaret Mechanical Theatre of London.

Where: In the Inner Harbor next to Federal Hill Park.

More art: Visit the world-renowned collections at The Walters Art Museum and the Baltimore Museum of Art.

Continuous entertainment includes music by local, regional and national talent on multiple outdoor stages, along with film, theater, opera, dance, street theater and children’s activities. And an international menu of food and beverages is available throughout the festival site.

HonFest will be June 11-12 in Hampden. (Photo: Associated Press)

Hampden, the hip Baltimore neighborhood known for vintage stores, boutiques and cool eateries, will host HonFest, a celebration of the working-women of Baltimore who use “Hon” as a term of endearment for neighbors and visitors alike. The ladies are known for beehive hairdos, blue eyeshadow, spandex pants and leopard prints. Entertainment includes music on multiple stages, contests and the naming of Bawlmer’s Best Hon.

More Hampden: Hampdenfest is a free arts and music festival held throughout the vicinity. The date has not been announced, but look for it in mid-September. Visit hampdenfest.blogspot.com.

The B&O Railroad Museum claims the oldest, most important and comprehensive American railroad collection in the world. A Smithsonian  Affiliate, its 40-acre campus includes five historic buildings and the first 1.5 miles of railroad right of way in the Western Hemisphere. Collections include everything from pocket watches and lanterns to shop equipment and locomotives. Train rides, visits from Thomas the Tank Engine and plenty of children’s programming fill their schedule for the young and young at heart.

This celebration of all things beer is an annual set of 350 plus events that can be found in just about every corner bar, upscale restaurant and craft brewery in the region. From booze cruises to homebrew contests to dog costume parties, the fun stretches into 10 days to commemorate the region’s rich beer history.

Where: Throughout the city.

The location of Edgar Allen Poe’s gravesite holds an Annual Halloween Tour featuring gripping readings of “The Tell Tale Heart” and other works, eerie organ music, living history and more. Westminster Hall, one of the city’s most intriguing architectural landmarks, is a converted Gothic church built on arches above a burying site, creating catacombs. Visitors can stroll the grounds for free year round or take a paid guided tour of the hall and catacombs from April through November.

This is also the site where a stranger, known as the Poe Toaster, has left as a tribute a partial bottle of cognac and three roses on Poe’s grave on the anniversary of his birth, Jan. 19. The tradition continued from 1949 to 2009 and the identity of the person remains unknown.

Where: Fayette and Green streets.

More Poe: Edgar Allen Poe House & Museum, 203 N. Amity St., was the writer’s home from about 1832 to 1835. The self-guided tour includes exhibits on Poe’s life and death in Baltimore, poems and short stories written in Baltimore, and artifacts including his lap desk and telescope. The National Historic Landmark is open weekends, Memorial Day weekend through December. Visit poeinbaltimore.org.

If Santa had a theme park it would be the Festival of Trees, a winter playground with hundreds of spectacular trees, wreaths and gingerbread houses created by local designers. Enjoy continuous entertainment, a children's craft area, a magical carousel, “reindeer” pony rides, holiday shopping at 100 boutique vendors, a silent auction and of course, visits with Santa. The event benefits the Kennedy Krieger Institute, a research, treatment and education organization for pediatric developmental disabilities.

Where: Cow Palace at the Maryland State Fairgrounds in Timonium.