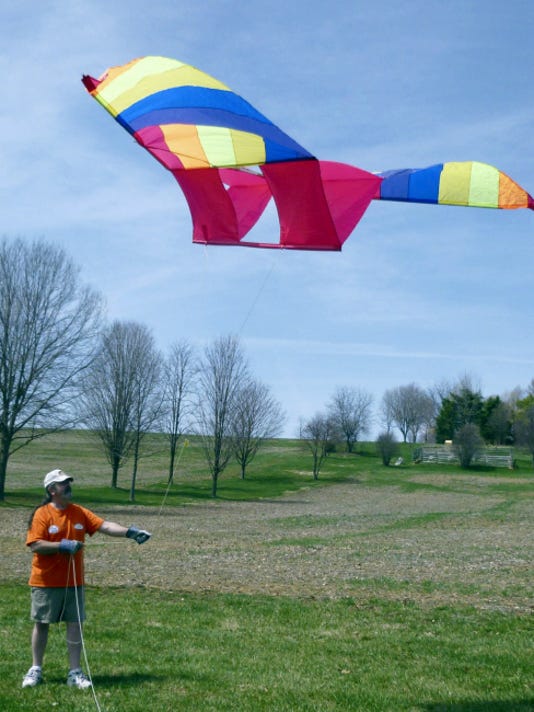 WAYNESBORO >> Imagination takes to the sky with Renfrew Institute's 21st annual kite Fun Fly, scheduled for 10 a.m. to 4 p.m. April 11 in the meadow behind the museum house at Renfrew Park, 1010 E. Main St.

The event is open to all ages and there is no fee for flying. Participants should bring their own kites.

The Adams brothers will also lead a kite-making workshop from noon to 1:30 p.m. "Making your own kite is fun, and these handmade kites really fly well," said Sam Adams. "Like most kids, we flew kites in the spring, and we have continued to enjoy it as adults."

There is a $1 fee to cover material.

The Adams brothers have many years of experience with kites, and this is their fourth year as kite masters.

"We flew one of George's large kites — with a 9-foot wingspan — at Renfrew's Fun Fly a few years ago," Sam said. That giant model now hangs in Grove Library, Chambersburg.

Parking is available in Renfrew's lower lot off Welty Road.