Hanover filmmaker Amanda Beard-White is working on a documentary that explores Pennsylvania Dutch culture and history.

Eric Claypoole of Berks County is a second generation barn star painter, well-known among Pennsylvania Dutch barn historians. He will be featured in a documentary about Pennsylvania Dutch culture made by Hanover filmmaker Amanda Beard-White.(Photo: Submitted)

Pot pie, the Amish and farming.

Those are probably some of the first things that come to mind when you think of the Pennsylvania Dutch.

But according to Hanover filmmaker Amanda Beard-White, there’s a lot more to know about the Pennsylvania Dutch region of central Pennsylvania and northern Maryland than people think.

Growing up in Hanover, Beard-White, 49, said she never thought much about Pennsylvania Dutch culture. She knew her older neighbors had a funny way of pronouncing things.  They called her father Chunny Beert instead of Johnny Beard. And her grandmother always pronounced “Pepsi” as “Bepsi.”

But it wasn’t until she left Hanover for college at the University of South Florida that Beard-White realized her culture is a lot different from others.

“The kids (at school) were from New York and all over,” she remembered. “They just kind of gave me a tough time at different points because of the way I would speak.”

When she told them she was Pennsylvania Dutch, they asked her why she wasn’t wearing an Amish cap.

“They just automatically equated everything with the Amish and totally didn’t get it,” Beard-White said.

But rather than letting it bother her, Beard-White decided to dig into the history of what being Pennsylvania Dutch really means.

Now, about 30 years later, she's ready to share her findings in the documentary film “Pennsylvania Dutch: An American Story,” to be released in fall 2016.

The 90-minute film will explore the history and culture of the Pennsylvania Dutch over the last 300 years and how it still exists today.

Through interviews with local experts, including the head of the Pennsylvania German Cultural Heritage Society Patrick Donmoyer and State Museum of Pennsylvania curator Brad Smith, the documentary will discuss the language, lifestyle, architecture, tourism, farming, food, religion and more.

It will also include several historical reenactments of people cooking, making brooms or other period crafts and using old farming techniques from the 1700s, she said. 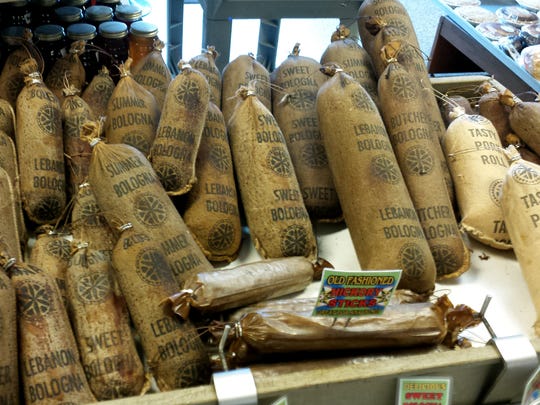 This Lebanon bologna on display at a meat market in Berks County is unique to the Pennsylvania Dutch. (Photo: Submitted)

Though Beard-White has worked in television for nearly 20 years, she said this will be her first full-length documentary as producer and director.

“Once I got into it, I found things that are totally bizarre out there and not true,” she said. “There’s a lot of misinformation out there, especially when it comes to what the tourism industry promotes. That’s what really drove (the project) – to get the right information out there.”

One of the most interesting things she learned was how important the Pennsylvania Dutch were to early America. They established a major trade deal with Europe; created the first accurate rifle, which was used during the Revolution; and were very prosperous compared to most areas of the country in colonial times, Beard-White said.

She hopes this documentary will help people appreciate all that the Pennsylvania Dutch have done.

“I want (people) to have a sense of pride in our ethnicity and who we are and what our ancestors accomplished and how important they were in getting this country up and running,” Beard-White said. “I want them to be informed as to what we’re about, what we went through and what our history is.”

Filming at local locations, including Lancaster Central Market and Strasburg Rail Road in Lancaster County and Revonah Pretzels and Pleast Hill Firefighters Carnival in Hanover, is expected to conclude in the spring and early summer of 2016, Beard-White said. The film will then be broadcast by Maryland Public Television and several PBS stations in central Pennsylvania in the fall.

Following its release, the documentary will be offered to about 350 PBS stations throughout the country.

Extra footage will also be provided to the Pennsylvania German Cultural Heritage Center at Kutztown University and will be made available for free public viewing on the educational center’s website. 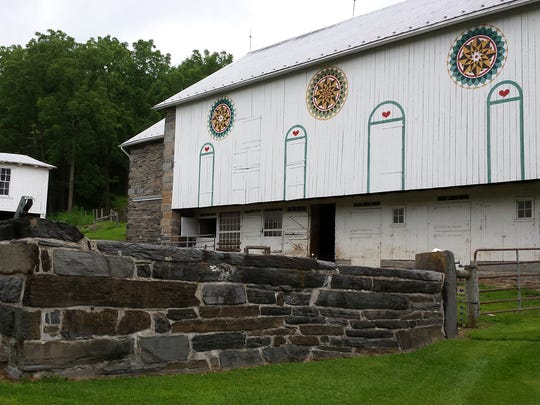 This Pennsylvania Dutch bank barn will be featured in Hanover filmmaker Amanda Beard-White's documentary "Pennsylvania Dutch: An American Story." The barn was built into a hillside so farmers could unload and store grain, hay and equipment. (Photo: Submitted)