Lancaster's marionette theater isn't a hole in the wall anymore

Lancaster - Robert Brock is a man who has followed his dream - and the adventure is not over yet.

Lancaster's marionette theater isn't a hole in the wall anymore 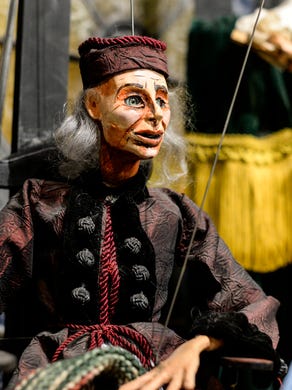 A marionette of John Durang who is considered the first American born actor and born in Lancaster at the newly renovated and renamed Lancaster Marionette Theatre on Water St. in Lancaster on Thursday Jan. 28, 2016. Jeremy Long, Jeremy Long, Lebanon Daily News
Fullscreen 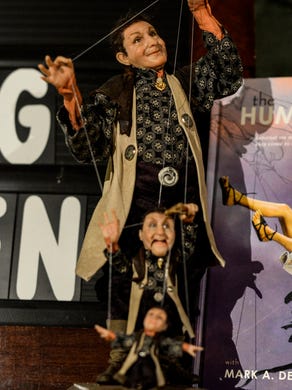 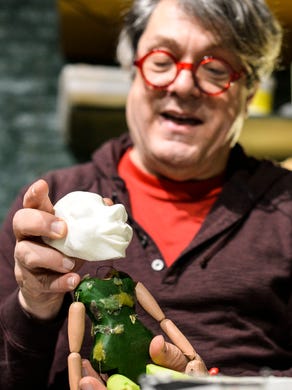 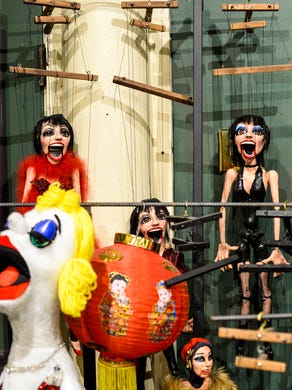 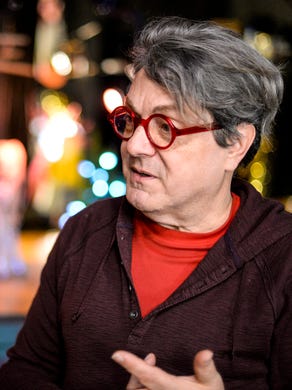 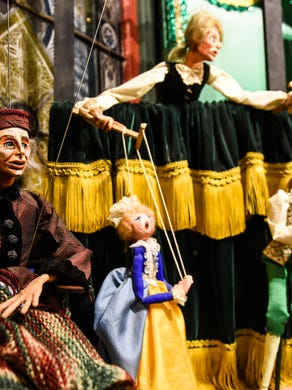 Robert Brock, owner of Lancaster Marionette Theatre, talks about his beginnings and how his father, Robert, helped him get the theatre started. Brock points to a picture from a childhood Christmas where his sister received a puppet set and his fascination with marionettes started at the newly renovated and renamed Lancaster Marionette Theatre on Water St. in Lancaster on Thursday Jan. 28, 2016. Jeremy Long, Jeremy Long, Lebanon Daily News
Fullscreen 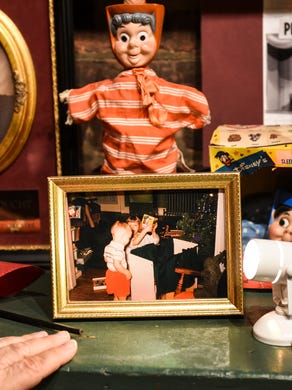 A picture of Robert Brock's father (left) who Brock said helped him get the theatre started and a picture of a childhood Christmas where his sister received a puppet set and Brocks fascination with marionettes started at the newly renovated and renamed Lancaster Marionette Theatre on Water St. in Lancaster on Thursday Jan. 28, 2016. Jeremy Long, Jeremy Long, Lebanon Daily News
Fullscreen 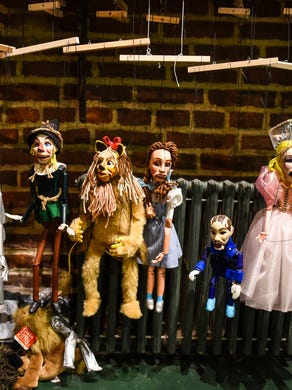 Marionettes from the Wizard of Oz performance hang on the at the newly renovated and renamed Lancaster Marionette Theatre on Water St. in Lancaster on Thursday Jan. 28, 2016. Jeremy Long, Jeremy Long, Lebanon Daily News
Fullscreen 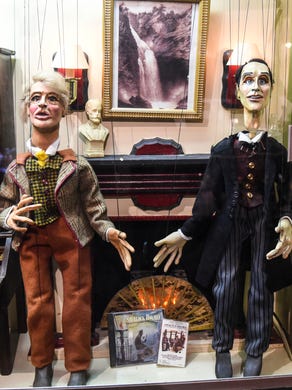 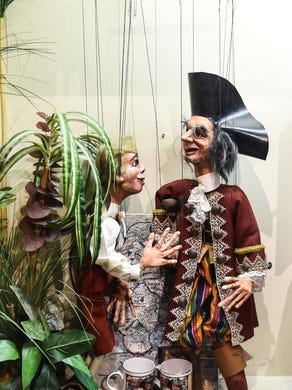 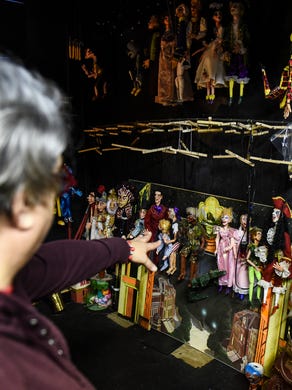 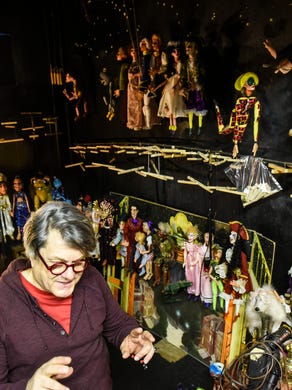 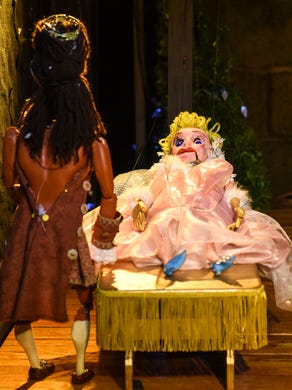 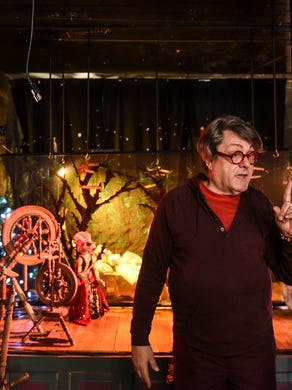 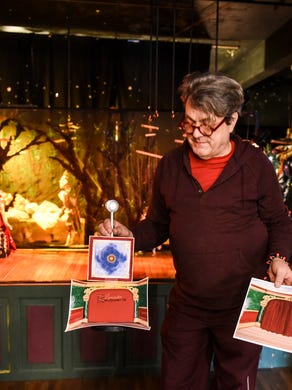 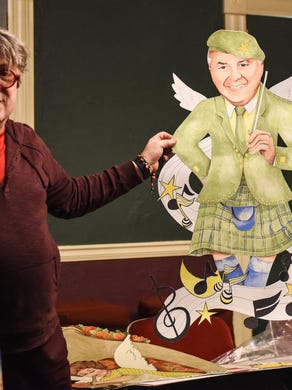 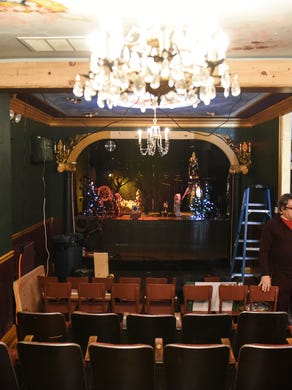 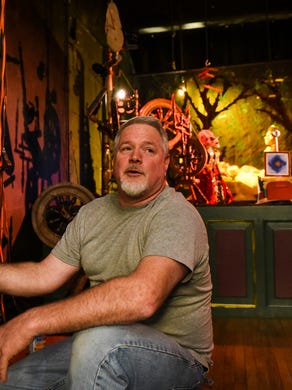 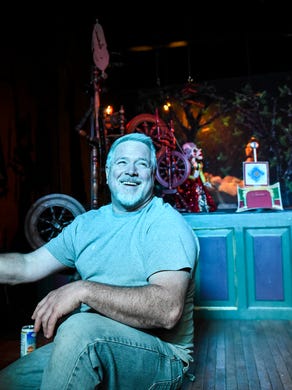 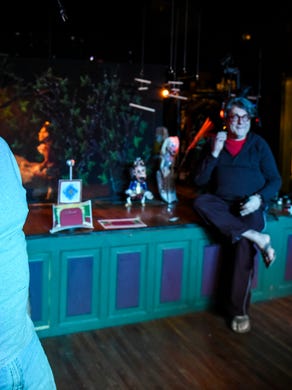 Mark Dennis (left), is donating his time to help Robert Brock (right) renovate the newly renamed Lancaster Marionette Theatre on Water St. in Lancaster on Thursday Jan. 28, 2016. Dennis joked one of the reason he was helping with the renovations was so Brock wouldn't make the theatre tacky. Jeremy Long, Jeremy Long, Lebanon Daily News
Fullscreen 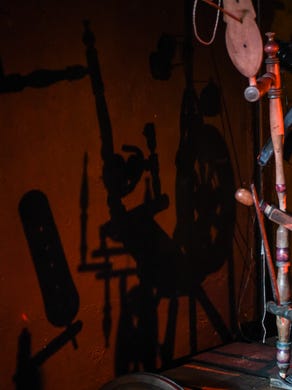 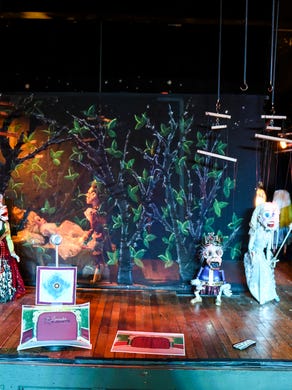 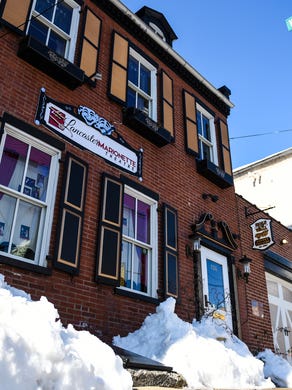 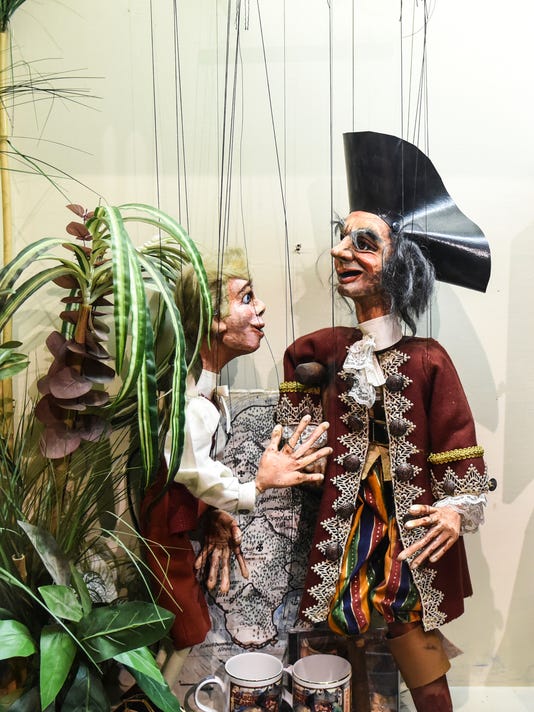 Lancaster - Robert Brock is a man who has followed his dream - and the adventure is not over yet.

Two movie documentaries have been filmed about Brock, he's been written on by the New York Times, he's been visited by celebrities like Lily Tomlin and his theater draws people from London, Paris and Rome.

This is a hometown boy who's made good.

Brock is the founder and artistic director of his own theatre: the Lancaster Marionette Theatre at 126 N. Water Street, Lancaster.

The theater, originally known as "The Hole in the Wall Theatre," has been a mainstay of Lancaster culture since its inception in 1990. Since it opened its doors, Brock has been the lightening flash that's kept it going, and moved it onward and upward.

"I write the shows, I make the puppets, I do the music and I clean the toilets, too," Brock said.

That's right; he does everything. In fact, before every performance, Brock even gives tours of the "jewel box" that is his theatre, and that includes the gift shop, marionette museum and workshop.

Brock's interest in being a puppeteer goes back to 1959, when he was 2 two years old. That Christmas, his dad, Bob, made Brock's 6-year-old sister a puppet theater for Christmas - and little brother was delighted with it.

He has photos of that Christmas and in every one, Brock is stationed by the puppet theater. His sister, Anne, had little chance to get near it; something she still brings up on a regular basis, he notes.

"I've always known I'd have a marionette theater," Brock said. "And, I've always known that I'd live above that theater. But, I never knew it was going to look like this. It's beyond my wildest dreams."

Now a change of name and interior changes are making the theater even better.

"The new name states exactly what it is; after 26 years, we're not really a hole in the wall anymore," Brock said.

The new name for the theater became official on Jan. 1 of this year, and on Jan. 2, Brock received a late Christmas gift; a call from a friend who volunteered his time to make interior improvements to the theater.

50+ ice sculptures will be at Lititz festival

Mark Dennis and his wife both love old buildings, he said, and the theater, which is also Brock's home, was built in 1850 and is chock full of beautiful architectural reminders of a time long gone.

Dennis said he'd be happy to do the labor for free, if Brock paid for the supplies.

Initially, Dennis said he'd do "one shift" of volunteer labor, but that eight hours has grown to three weeks - so far.

"He came in and showed me a drawing and said 'how would you like the theater to look like this' and I said 'I'd love it, but that's going to take more than one shift,'" Brock said.

The changes include a re-designed proscenium arch in front of the stage, a new theater curtain, additional crown moldings and fresh paint, including a ceiling which looks like the daytime sky in one area, and the night sky in another, complete with twinkling stars. Stage lighting will be all LED and gilt gold cherubs fill the sky, while crystal tear-drop chandeliers add elegance to the audience area.

The seats in the 50-seat audience are from the old Fulton Opera House.

In 2001, the theater became a non-profit corporation with a board of directors. 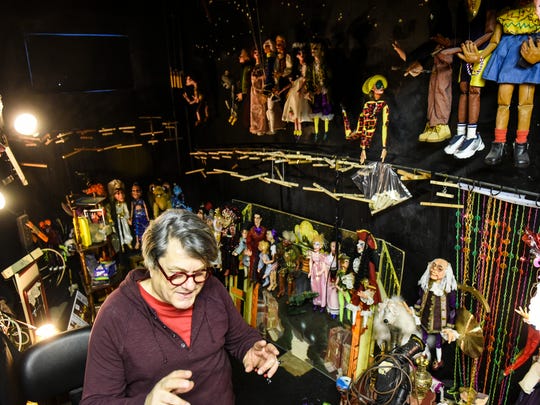 Funding for the cosmetic changes was a gift from board members and long-time supporters Dr. Mary E. Kearns and Dr. Jon G. Walker.

As a musical theater major at the Boston Conservatory, Brock worked for the Fulton Opera House after graduating.

The Lancaster native loves to perform, he said. Brock had planned to go to Los Angeles after his job at the Fulton ended, but he kept getting theater jobs here, so he stayed.

"My dad was very instrumental in my puppet theatre," Brock said. "He called it the 'empire,' and he'd call up and say 'how's the empire tonight - did it sell out,' and now, it's going to look like a little empire," Brock said proudly.

Brock's mom, Mary Lou Broucht, has been a help in almost every capacity and still remains his manager.

In the more than two decades the theatre has been in existence, Brock has seen a lot of changes, including selling tickets online.

When Brock first moved into the building, it was all one big room, and filled with enough junk to make it a hoarder's dream. Having it cleaned out was only the beginning.

"We're the first family to live here in 100 years," Brock said. "Part of this was a blacksmith shop."

One of the first things Brock did was to add the seating, then elevate the seats in the theater. He changed the one big room into several rooms, each with a purpose.

What was once a garage has become a gift shop. The theater also has a puppet museum, a box office area, Brock's workshop, where he makes the marionettes from start to finish, a storage area behind the stage, and the stage itself.

The museum is named the John Durang Puppet Museum, after an early actor, dancer and puppeteer. Durang was born in Lancaster in 1768 - when actors performing in the Colonies were British. 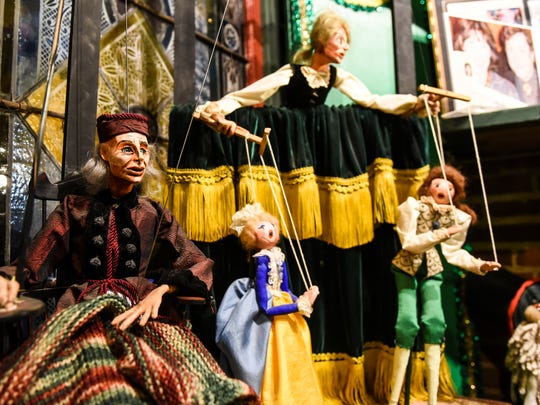 Durang is considered the first American actor, and he toured the Colonies and Canada as he did performances in a wagon with his family. Outside Brock's theater, a Pennsylvania state historical marker honors Durang's accomplishments.

Initially, Brock worked with "hand" and "rod" puppets, but after 10 years of that, from lifting his arms, his shoulders began to be painful, so Brock went to marionettes.

"The marionettes take longer to make, but they're easier on the arms," Brock said.

He first sculpts the head out of a type of clay, then makes a silicone mold, makes the bodies out of wood, makes the controls and strings the marionettes. It's a process that takes between 50 to 60 hours, he said.

It's a good choice, he said, because marionettes seem to get more respect than puppets.

"The shows are pieces of theater," Brock said. "They're stories that are not just for children."

In many countries around the world, marionette theatre is considered entertainment for adults, unless otherwise specified. In the United States, it's the other way around, he added.

Brock's endeavors have earned him fame. He's been visited by the widow and daughter of Jim Henson, of Muppet fame.

One of the early female pioneers of the TV industry, Lancaster's own Marijane Landis, also became a friend of Brock's. Landis was known for her puppeteer work with "Percy Platypus and Friends" and "Per-Ki's Place" on WGAL-TV in the late 50s and early 60s.

The visit from film and TV actress and comedian Lily Tomlin was really special, Brock said.

"A white limousine pulled up and Lily Tomlin got out," Brock said. "It was the neatest thing; she was like your favorite aunt."

Brock has autographed pictures of that visit in the puppet museum.

Brock not only constructs each marionette, he's also the only puppeteer.

Called cabaret style, the audience is able to see Brock handling the strings; he's dressed all in black, and blends in, so "reality is suspended," he explained.

Brock also does a show for grown-ups called "Legends: Divas and Dames," as he impersonates some of the great singers of an earlier era.

While the theatre is open for business now, the grand opening will be April 3, from 2 to 4 p.m.

To check the schedule and to purchase tickets, go to: lmt.yapsody.com or hiwpuppets.org, or call the theatre at 717-394-8398.

Brock will probably answer, as he's the box office agent, too.