Get details for York's next Sweetest Pint Tour

Get details for York's next Sweetest Pint Tour 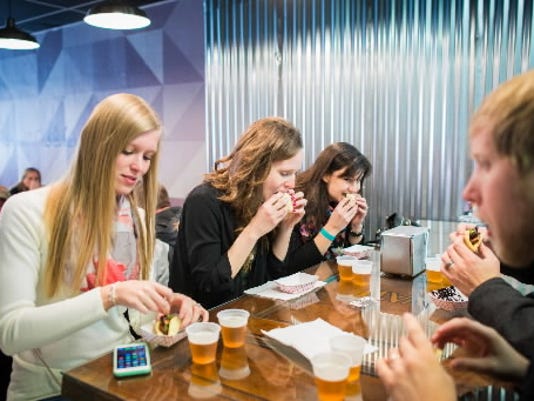 The Downtown Beer and Pumpkin Tour is sold out for Nov. 7, but another Sweetest Pint Tasting Tour is scheduled for Saturday, March 26. This tour will feature beer and chocolate pairings. Find more info here.

The Downtown Beer and Pumpkin Tour is the latest addition to York's Sweetest Pint Tours, a series of downtown pub and restaurant crawls that pair craft beer with themed foods, according to Downtown Inc.

From 2 to 6 p.m., participants will taste pumpkin-inspired dishes paired with a craft beer sample at seven stops along the walking tour.

Tickets are $40, and are available at Eventbrite.com. Designated driver tickets, which include a small plate and Sprecher Gourmet Soda sample at each stop, are also available for $20.

As of Monday, the tour was more than halfway sold out, according to a Downtown Inc. Facebook post.