Author and filmmaker Jill Murphy Long plans to release a Hollywood feature film on the aftermath of TMI in York. 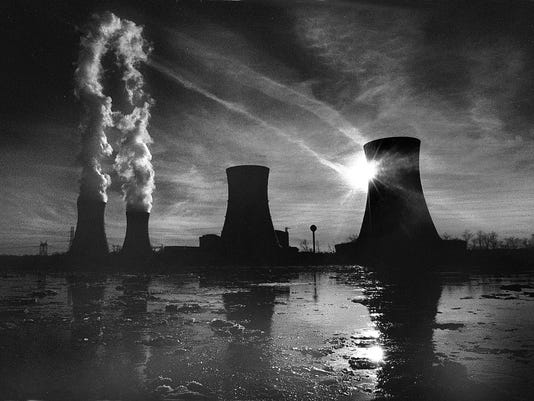 This 1979 photo of Three Mile Island shows steam rising from the unit that was damaged by a near meltdown two weeks later.(Photo: File photo)

Jill Murphy Long, like most people who were alive in the ‘70s, remembers exactly where she was on March 28, 1979.

It was about 4 a.m. when the partial nuclear meltdown at Three Mile Island occurred, and Long was lying in bed less than 13 miles away in her Springettsbury Township home.

At first, no one really knew what to do, she recalled. A press conference was held later that day at 11 a.m., but the big news didn’t come until two days later when Walter Cronkite reported that this was the worst nuclear accident in U.S. history.

Panic set in for her.

Central York High School evacuated, and Long remembers being told to put her coat over her head and run home.

That day, the wind from Three Mile Island was blowing 9.4 miles per hour over East York, Long said. And while she ran home, she was in a plume of radiation and didn’t know it.

Soon, the crisis was over. The Nuclear Regulatory Commission reported no deaths or release of radiation and encouraged residents to go about their normal lives.

Long, now an author living in Colorado, returned home to York on a book tour and discovered that TMI tragedy was far from over. Is the end of Three Mile Island near? (YDR opinion)

During lunch with some high school friends, she learned that many of her classmates and neighbors had either died — not of old age — but from cancer or other neurological diseases.

"I was mortified when I went home in 2003 ... and found these horrible truths of what’s been happening in York. For me, it’s tragic, and the list is way too long." - Jill Murphy Long

A friend had died of brain cancer; her first boyfriend died of leukemia; her brother was diagnosed with thyroid and skin cancer. By the time they finished counting, they had reached more than 50 names from their graduating class of 150 who had either died or were currently suffering from cancer or neurological diseases.

“I was mortified when I went home in 2003 ... and found these horrible truths of what’s been happening in York,” Long said. “For me, it’s tragic, and the list is way too long.”

For years, this idea that her classmates' deaths could be connected to TMI was stuck in the back of Long's mind. But it wasn’t until she was diagnosed with a brain tumor in 2012 that she really started to wonder.

“I was like, ‘What is going on?’ … (My brother and I) are super healthy,” she said. “I’ve always been an athlete. I’ve done hundred-mile bike rides. I’ve always been active. I’m not on any prescription drugs. I was really mystified as to why me.”

In the next six months as she waited for brain surgery, she started doing research. She read through a 179-page deposition of everyone who worked at Three Mile Island, talked to anyone she could about what they remember from that day, and translated articles from Russian and Japanese about other nuclear accidents around the world like Chernobyl and Fukushima. 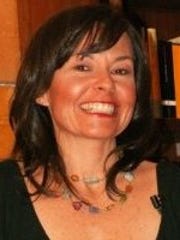 Author and filmmaker Jill Murphy Long, formerly of Springettsbury Township, has completed a screenplay for a full-length feature film that tells the story of the aftermath of the TMI accident in York. (Photo: Submitted)

She interviewed meteorologists, scientists, nuclear engineers, neighbors and classmates and discovered that the effects of radiation often don’t show up until 20 to 40 years later.

Now, 36 years after the accident, Long — who has now recovered from surgery and is a filmmaker in Portland, Ore. — has finished a screenplay for a full-length feature film called “Meltdown” to tell her story of the TMI aftermath.

“I believe there is a strong link between these lives that were lost or compromised by the 1979 accident at the Three Mile Island nuclear power plant,” she said.

However, in 1996, a judge ruled there was insufficient evidence to link radiation from the Three Mile Island accident to health problems in test cases of about 2,000 plaintiffs.

The film, based on true events, will tell the survivor story of the fictional character Ellie Gerrity and the local perspective of what happened and continues to happen when nuclear accidents occur.

Long said she plans to cast an A-list actress like Reese Witherspoon or Julia Roberts as the female lead and start filming in spring 2016 at places, including the Strand-Capitol Theatre and Central York High School in York and Kuppy’s Diner in Middletown.

She also plans to reach out to Hollywood celebrities to help her recreate the No Nukes concert that was held six months after the Three Mile Island accident and featured Neil Young, Crosby Stills & Nash, Jackson Browne and more.

The $500,000-to-several-million-dollar film is expected to premiere at film festivals in spring 2017.

Long said she has previously made nine short films and has written five books, but this will be her first full-length feature.

“The reason I decided to do this movie is because I don’t want history to repeat itself,” she said, adding that she wrote the screenplay for all of the people who she believes lost their lives in the aftermath of TMI.

“This … film will tell their stories because they didn’t get a second chance at life like I did. This movie will be their voice.”