Get roasted by Jeff Ross at York's Pullo Center

Comedian Jeff Ross, also known as the Roastmaster General, will roast the audience at his Nov. 7 Pullo Center show.

Get roasted by Jeff Ross at York's Pullo Center 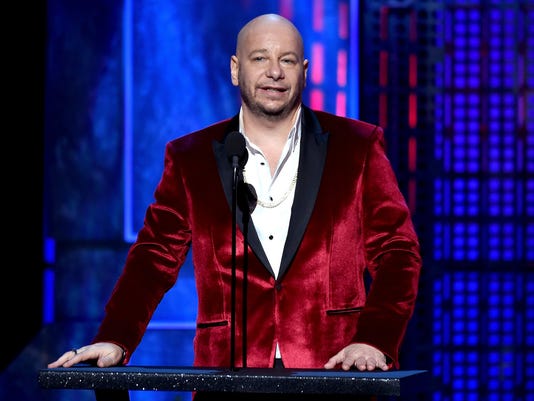 Nothing is off-limits when it comes to comedy, Ross said. So, when he comes to Penn State York’s Pullo Center Nov. 7, be prepared to be insulted.

The Roastmaster General has already started working on a few jokes about the Nittany Lion, and said he has plenty more to come about Penn State’s campus, the presidential elections and even you.

That’s right. Ross will select volunteers from the crowd and roast them on stage at the show.

If you get picked, try using some of these roasting tips from Ross to send a few jabs his way, or roast your friends on the car ride home.

1. Choose someone who will be a good sport.

“When you’re roasting a big celebrity, you have to make sure they are a good sport and that they’re confident enough to not only sit there and take it, but at the end, have a great rebuttal,” Ross said. “Because you want everyone to leave there going, 'that was really fun.' I don’t want to hurt anybody’s feelings.”

“It’s helpful to know a little bit of karate in case it does get out of hand,” he said.

“Say something really nice right before you say something really mean,” he said. “That always helps. You know, (like) ‘I really like your jacket. Where’d you get it? Forever 41?’ That kind of thing, so people think you’re being nice to them when you’re really taking them down a notch.”

“I tell jokes that sometimes insult people,” he said, “but I like people that joke on me, too. I take it as a compliment. If somebody takes the time to make a joke about me, they care about me.”

Q: Who has been your favorite celebrity to roast?

A: That’s a tough one. They’re all fun. But this last one, the Justin Bieber roast, was really, really fun because he volunteered. When he volunteers, you can be extra mean … He was up for anything and no one had ever made fun of him like that to his face before, and it was fun watching him take it like a man.

Q: If you could roast anyone, who would it be?

A: Joe Paterno – I’m only kidding about that. If I could roast anybody right now, it would probably be Kanye West because he’s such a good target. It’d be fun watching Kim Kardashian explain the jokes to him.

A: Somebody I didn’t like, somebody I wasn’t a fan of or somebody who was a bad person. I only roast people that are basically good people.

Q: What other kinds of roasting do you do? Are you going to roast your own Thanksgiving turkey?

A: That’s funny. That’s a good idea. I feel like I can roast anything at this point. Maybe I’ll roast the Nittany Lion. I have to think of some jokes on that. Hopefully some dentist didn’t shoot the Nittany Lion in Africa.

What: Jeff Ross, The Roastmaster General