6 things to do in York this weekend

Meet actors from "The Walking Dead," go to a wine festival and take your kids on a fun, interactive tour of downtown York.

6 things to do in York this weekend 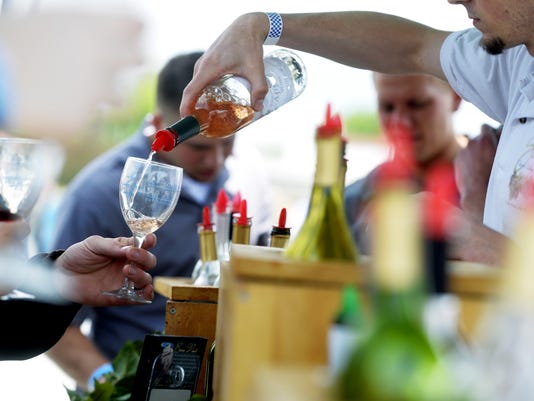 Here are six fun ways to spend the weekend for local music lovers, beer and wine drinkers and families.

6 concerts to see in York this May

Meet actors from 'The Walking Dead'

Fans of “The Walking Dead” won’t want to meet this meet-and-greet opportunity with actors from the show at downtown York’s newest gaming destination: Timeline Arcade. Some of the actors include Jeremy Ambler from season two, Santiago Cirilo from season four and Amber Dawn Fox from season five. Read more about them at FlipSidePA.com. A $20 ticket also includes ‘80s toy and comic vendors and unlimited gaming. The event will go from noon to 6 p.m. Saturday.

Can’t get enough of “Dancing with the Stars”? Then, make sure to get tickets to Ballroom with a Twist – a show that brings some of your favorite performers from “Dancing with the Stars,” “So You Think You Can Dance” and “American Idol” all to one stage. The show, hosted by former "DWTS" pros Anna Trebunskaya and Dmitry Chaplin, comes to the Strand-Capitol Performing Arts Center at 7:30 p.m. Saturday. Expect to see everything from Latin to contemporary and even b-boy style. That should be enough dancing to tide you over until the “DWTS” finale. 'Dancing with the Stars' pros bring ballroom to York

Spend Saturday and/or Sunday afternoon sipping your choice of more than 250 Pennsylvania wines at the Taste of Pennsylvania wine festival at the York Fairgrounds. The event, held from noon to 6 p.m. both days, will also feature local food, vendors and live music. General admission is free, and daily wine passes start at $25. Get info about other wine events happening this weekend at FlipSidePA.com. Wine festivals to go to in May, June

Wine isn’t your thing? Also at the York Fairgrounds this weekend is York’s Brew Kids on the Block festival, which features breweries that are five years or younger. From 6 to 9 p.m. Saturday, attendees can taste samples from breweries, including Aldus Brewing Co., Battlefield Brew Works, Crystal Ball Brewing Co, Gift Horse Brewing Co. and more. Tickets are $30 or $15 for designated drivers.

Take your kids on a walking tour of York

Looking for something fun and interactive to do with your kids? Bring them to downtown York Saturday afternoon for an activity-filled children's walking tour. The three-hour tour begins at 1 p.m. at Central Market and will include stops at York City Pretzel Company, YorKitchen, Creative York and Sunrise Soap Company. Children will have the opportunity to make a unique item to play with, take home or eat at each location, such as a personal pizza at YorKitchen and bath fizzies at Sunrise Soap Company. Tickets are $20 per child.