7 things to do in York this weekend

You know it's going to be a great weekend in York when wiener dogs and Jeff Koons are set to make appearances at area events.

7 things to do in York this weekend

From a wiener dog parade to country concerts to street fairs, here are some things to do in York County this weekend.

You know it's going to be a great weekend in York when wiener dogs and Jeff Koons are set to make appearances at area events.

York County's entertainment lineup for the weekend includes everything from a wiener dog parade to country concerts to street fairs.

Here are some of the top events to check out.

If you love puppies (and who doesn’t?), spend your Friday night at Small Star Art House in downtown York for the city’s first-ever Wiener Dog Parade. The parade, which steps off from 232 West Market St. at 5 p.m., will feature at least 14 dachshunds.

Then, pop into the art house to check out York-pride merchandise and artwork by this month’s featured artist Carmen Walsh and watch Friday’s feature film “Wiener-Dog” inside the space’s 22-seat micro-theater. 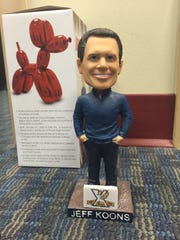 Jeff Koons bobbleheads will be given to the first 1,500 fans at Friday's York Revolution game. The bobblehead giveaway is part of a series to celebrate the Revolution's 10th anniversary season. (Photo: Submitted)

Public appearances in the area by York’s wildly successful modern artist Jeff Koons are rare, but he’ll be at PeoplesBank Park Friday for his bobblehead night. The first 1,500 fans will receive a Jeff Koons bobblehead as part of the York Revolution’s 10th anniversary season bobblehead giveaway series. Koons will also throw out the first pitch at the game.

Don’t miss your chance to see this internationally celebrated artist (and a great game too!). The game starts at 6:30 p.m. 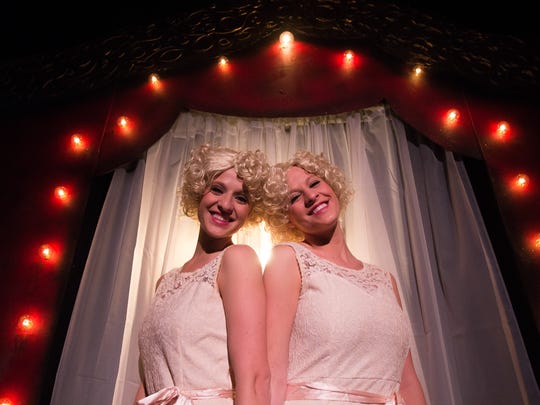 Sisters Nicole and Ashley Dziurzynski prepare for a rehearshal at the Belmont Theatre in York, PA on Sunday August 7, 2016. The duo play a pair of conjoined twins in the upcoming musical "Side Show." (Photo: Dan Rainville, For FlipSidePA)

You won’t want to miss an appearance by local 21-year-old identical twins Ashley and Nicole Dziurzynski in The Belmont Theatre’s latest production of “Side Show.” The musical, which tells the true story of conjoined twins Daisy and Violet Hilton who were two of the biggest vaudeville stars of the 1930s, is quite different from the typical shows put on at the theater.

You’ll see a lot of fun side show characters, hear some great music and witness a lot of passion from the Dziurzynski’s who feel a special connection to the Hilton twins. Read more about that here. Identical twins get spotlight in York's 'Side Show'

Also premiering this weekend is “The Beverly Hillbillies” at Dreamwrights Youth & Family Theatre. Show times are 6:30 p.m. Friday and Saturday and 2:30 p.m. Sunday. 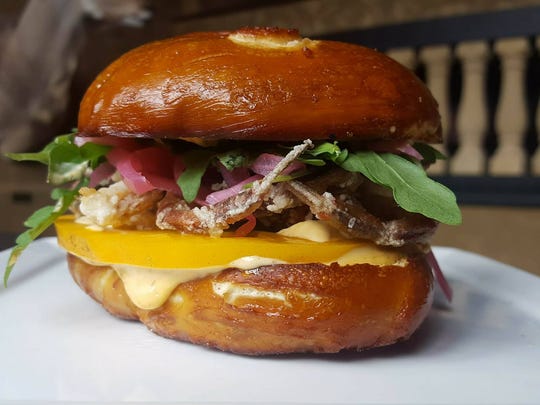 This soft shell crab sandwich from Tutoni's (served on a York City Pretzel Company pretzel roll) might be what dreams are made of. (Photo: Courtesy of Tutoni's via Downtown Inc.)

This weekend’s your last chance to fill up on delicious off-menu crab specials like crab mac and cheese, crab hush puppies and crab quesadillas at participating downtown York restaurants. More than 15 eateries will serve crab specials through Saturday. Here’s a look at the menu. And don’t forget to use #yorksgotcrabs! Off-menu specials you need to try at York Crab Week

Don’t like crab? This weekend is also your last chance to try Indian food at an Indian Fusion pop-up restaurant at YorKitchen in Central Market. The dinner goes from 5 to 8 p.m. Friday through Sunday. Get the details here. 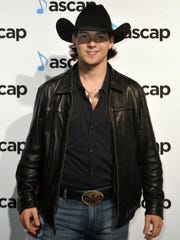 Country singer William Michael Morgan will perform at The Pullo Center in York on Friday. (Photo: Larry McCormack, The Tennessean)

The Pullo Center is bringing country music back to York this weekend as part of its new Horizon series, featuring up-and-coming acts. William Michael Morgan, known for his single “I Met a Girl,” will take the stage at 7:30 p.m. Friday with special guest Payton Taylor. Click here for tickets.

Can’t make it Friday night? Catch a free show at Central Market in downtown York Saturday by York Symphony Orchestra music director and conductor Lawrence Golan and York College associate professor Ken Osowski. The show goes from 10 a.m. to noon and will showcase pieces that Golan will perform with the YSO during the 2016-17 season.

For more live music in the area, click here. 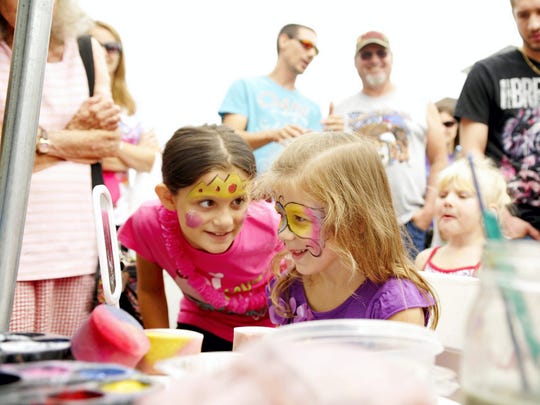 Chelsea Cottrell, of Dallastown, checks out her reflection as sister Natalie inspects Chelsea's face after it was painted by artist Jodi Harvey-Brown during the Red Lion Street Fair in 2013. (Photo: Chris Dunn, York Daily Record)

With good food, live music and plenty of vendors, you can’t go wrong with the Red Lion Street Fair. The 40th annual event returns to the intersection of Broadway and Main Street in Red Lion from 9 a.m. to 4 p.m. on Saturday. The local group Mason Dixon Line will perform. 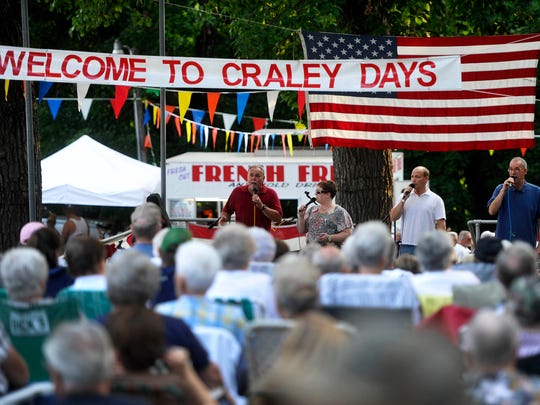 This 41st annual celebration at Waters Edge United Methodist Church in Wrightsville is a great event for the whole family. Festival-goers can enjoy food, rides, games, a craft show and a variety of live bluegrass, gospel and country music from 4-10 p.m. Friday and 11 a.m. to 10 p.m. Saturday. Zoo America will also bring an “Endangered Species” exhibit on Saturday.