York filmmaker will show the "Hex Hollow: Witchcraft and Murder in Pennsylvania" film about the famous Hex Murder Nov. 7. 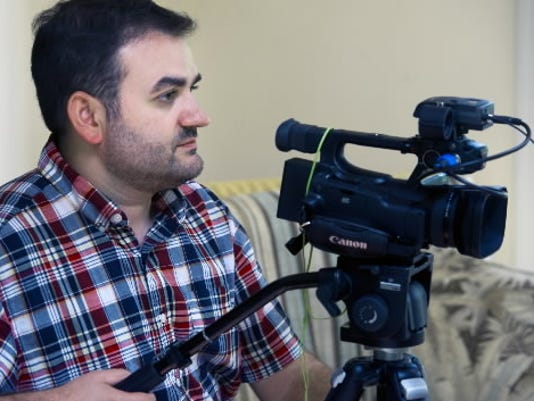 Filmmaker Shane Free, of West Manchester Township, will show an advance screening of his documentary "Hex Hollow: Witchcraft and Murder in Pennsylvania" at the Capitol Theatre in York Nov. 7. The film is about the Hex Hollow murder that brought national attention to York in 1928.(Photo: YORK DAILY RECORD/SUNDAY NEWS - PAUL KUEHNEL)Buy Photo

If you grew up in York County, chances are you’ve heard of the Hex Murder at Rehmeyer’s Hollow.

On Nov. 28, 1928, powwow doctor Nelson Rehmeyer was brutally murdered in his Stewartstown home by John Blymire and two accomplices who claimed Rehmeyer had hexed them.

The story captivated the nation.

Was Blymire truly hexed? Or was he just a cold-blooded killer?

For years, no one dug further into the story, at least not from a cinematic standpoint. One movie was made in 1988, but it was a Hollywood version, only loosely based on the Hex Murder.

But on Nov. 7, locals will have the chance to see an advance screening of the first documentary filmed on the subject at the Capitol Theatre in York. The 75-minute film, “Hex Hollow: Witchcraft and Murder in Pennsylvania,” will tell the story of what happened on the night of Nov. 28, 1928 and what followed in the years after.

Filmmaker Shane Free, of West Manchester Township, started working on the documentary in May 2013, more than a decade after he first heard about the Hex Murder while a student at West York High School. The story intrigued him for years, he said, and it always bothered him that he couldn’t find more information about it.

“When I realized no one made a documentary on it, which is surprising, I felt this is a good opportunity to make something that hasn’t been made,” Free, now 38, said. “It was a good time to do it while people were still alive that could properly tell the story.”

Harvey was 12 years old at the time of the murder and was the only person available who had first-person contact with Rehmeyer, Free said. Harvey has since passed away.

“I was able to talk to her while she was really very sharp,” Free said. “She had quite a few stories to tell.”

But it wasn’t as easy getting others to talk. Some family members, including a woman believed to be the daughter of one of the murderers, refused to participate in the film.

“It’s a hard thing for some of them to talk about because that’s what their parent was known for,” Free said.

But he was still able to talk to historians, authors and even a Carlisle group who practices powwow – protective and healing arts passed down from early German immigrants – today.

One of his most surprising findings was that Blymire might have been involved in another murder prior to Rehmeyer, but he was never formally charged. 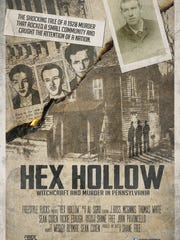 "Hex Hollow: Witchcraft and Murder in Pennsylvania," a documentary about the Hex Murder of 1928, will be screened at York's Capitol Theatre Nov. 7. (Photo: Submitted)

“Learning about that possible murder solidifies to me that if (Blymire) did this before, it would have been a lot easier to do it again,” Free said, adding that he thinks Blymire was mentally ill and not thinking rationally when he committed the murder.

But some people still to this day believe that Blymire was hexed, Free said.

When the film screens Nov. 7, Free said he’d be lying if he said he wasn’t nervous to show his work to his hometown.

“I’m sure there will be people who disagree with things said,” he said. “There’s a lot of ways the story can be interpreted in terms of motive, and some things we will never really know.”

But so far, the response for his effort has been huge.

His “Hex Hollow” Facebook page has received nearly 5,500 followers in the last two years, and all three show times for his Nov. 7 screening at the Capitol Theatre are now sold out.

“There has been so much direct communication from people in the area that are really excited for the movie,” Free said. Honestly, it’s made it really fun and exciting for me to do my best on this project because I know people are looking forward to it.”

After the screening, the documentary will premiere at film festivals in early 2016 and will be released on DVD by mid-summer.

What: “Hex Hollow: Witchcraft and Murder in Pennsylvania”