Rock Lititz, one of the world’s epicenters for live music production, is about to get even bigger.

Rock Lititz, a center of the live entertainment industry, looks to begin construction on Pod #2 this week and finish the project by December 2016.(Photo: Submitted)

Rock Lititz, one of the world’s epicenters for live music production, is about to get even bigger.

Rock Lititz announced plans for the construction of an additional building on the 96 acre Rock Lititz Campus in Warwick Township.

The building, to be named Pod #2, will cover 10.08 acres of the campus at an astounding 250,000 square feet. Construction will start next week, and looks to be completed by December 2016.

The Rock Lititz Campus opened in September 2014 as a way to centralize the already expansive live entertainment industry in the Lititz area. This expansion hopes to bring anywhere from 19 to 21 new vendors to the space.

“We’re excited about the momentum we are feeling from both local and industry support. It’s allowing us to execute our vision faster than we expected,” said Troy Clair, project partner and CEO of Clair Global, in a press release on Sunday.

Nine companies have already signed on as tenants, giving Pod #2 75 percent occupancy as soon as it is constructed. 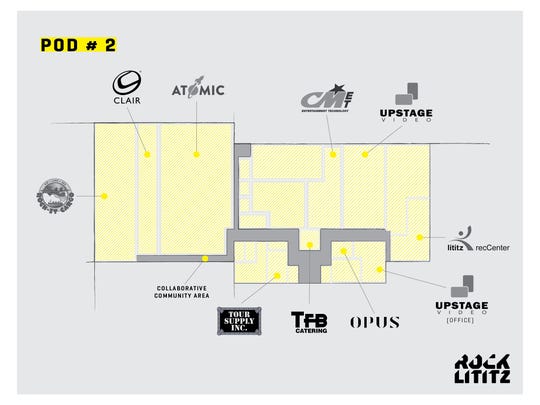 The newest addition to the Rock Lititz Campus, Pod #2, will come in at 250,000 square feet and hopes to add more vendors and employment to the area. (Photo: Submitted)

Pod #2 will be designed with collaboration and cooperation in mind, mixing tenant space with cafeterias, conference rooms, galleries and more.

Decor will keep in touch with the area’s past, present, and future, including the use of industrial design and client work alongside farm equipment representative of the surrounding Lancaster County.

“Pod # 2 is designed to be a fun, creative environment, with some areas accessible to the public and shared with the Lititz community,” said Stephanie Kicera, interior designer for the project, in a release.

In addition to local design flair, the company is also sticking to local labor for the project, utilizing many of the businesses previously hired for previous construction on the campus.

The economic impact of the new building hopes to extend beyond local construction, expecting to bring more jobs and create a higher demand for the area as innovative technology companies flock to Lititz.

“When fully occupied, the potential exists for Pod # 2’s tenants to bring up to 200 employees into the community,” said Shirk. 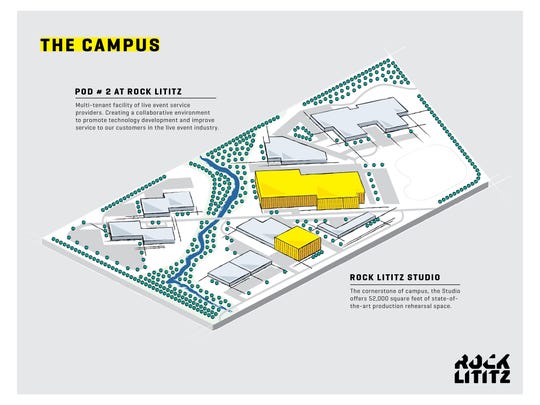 Here's a look at the Rock Lititz campus. (Photo: Submitted)

The availability of space, products and interaction with like-minded, collaborative companies is also expected to drive new tenants to the campus and promote industry growth.

“It’s nice that instead of calling someone on the phone seven states away and having to ship things you can walk across the street,” said Shirk.

And although there have been a number of complaints from local residents, response from the township has been a compliant and optimistic one.

“The township is pleased with the positive economic impact Rock Lititz has had on the community,” said Dan Zimmerman, manager of Warwick Township Municipal Authority, in the release.

Rock Lititz doesn’t plan to stop expanding anytime soon, as future construction plans beyond Pod #2 comprise the eventual addition of dining and lodging facilities for the use of clients and the community.