The country singer will perform in Lancaster just a day after the premiere of her reality show, "I Love Kellie Pickler." 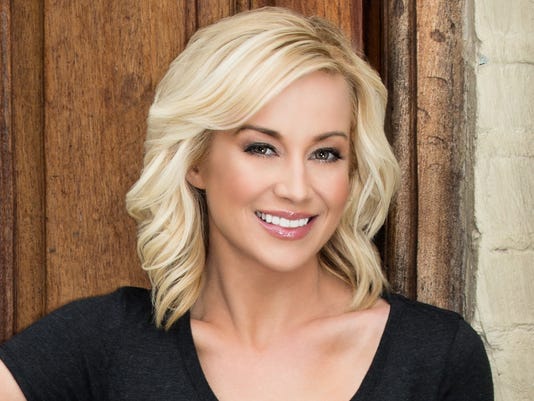 You can find Kellie Pickler at a number of venues across the country as she finishes up her latest tour this fall.

But you won’t find her packing the house at huge 65,000-seat stadiums and arenas.

Many of her upcoming shows are scheduled at state fairs, festivals and small theaters.

So, an Aug. 26 show at the 1,600-seat American Music Theatre in Lancaster will fit right in.

“I’m so excited about coming and performing,” Pickler said of her Lancaster show.

Smaller venues are more like a living room setting, she said.

“I enjoy eye contact. You’re more able to have a conversation with the audience.”

During her set, Pickler said fans will hear songs from all four albums, including her latest 2013 release, “The Woman I Am.” She’ll also throw in a few covers just for fun, she said.

That’s been Pickler’s motto in everything she’s done, from designing a home décor collection to voicing a sweet potato in a “VeggieTales” movie to making TV appearances.

The singer never strayed far from her reality TV roots.

Since “American Idol,” Pickler has competed on season 16 of ABC’s “Dancing With the Stars” and a June episode of “Celebrity Family Feud,” both of which she won. And now, she’s preparing for the second season of her own reality show “I Love Kellie Pickler.”

The show premieres at 10 p.m. Thursday on CMT.

“We had so much fun shooting this year,” Pickler said, adding that the show captured a lot of fun moments from her life in Nashville as well as a few adventures.

This season will follow Pickler as she checks skydiving off her bucket list and takes a trip to Tokyo.

"That was a fish-out-of-water experience," she said of the trip. "First of all, we don't speak Japanese and we have to figure out how to navigate around Japan."

The second episode will also give viewers a behind-the-scenes look at Pickler’s recent appearance on “Celebrity Family Feud,” including the hilarious moment she missed the buzzer.

Her in-laws and sister will also make an appearance on the show this year.

“It’s all about having fun and a good time laughing and loving,” she said. “Hopefully everyone will tune in and laugh at us or with us. We don’t care as long as you’re happy.”

But amidst her busy schedule consumed with reality TV and other projects, Pickler said music will always be a priority.

After she wraps up her tour in November, Pickler said she’s looking forward to getting back in the studio to start writing and working on new music.

“I’m being pulled in 100 different directions all the time,” she said. “I have my hands in so many different projects that I have to find time to balance it all. Music has definitely always been a deep-rooted passion of mine. It will always be present.”