This is Diane Crews' domain.

This is Diane Crews' domain.

It looks like your grandma's attic, if your grandma was an extreme hoarder. There are racks of clothing, from prairie dresses to western wear to pinstripe suits and evening gowns. One shelf contains plastic bins labelled "animal ears" and "goat bodies." On the floor was a collection of fish bodies.

"This is where fish come when they die," Crews said as she picked up one of the colorful fish, a blue one,

The fish are actually costumes, worn by performers in the DreamWrights Youth & Family Theater's production of "Seussical."

In other parts of the cavernous former sewing factory are Styrofoam rocks and sofas and chairs and a dragon and dozens of wigs.

"These dresses," Crews said as she pointed out a rack of clothing, "I got them when a square dancing place went out of business. They all made fun of me for getting them. But we use them all the time."

And it all started with a demonstration on how to milk a cow.

"She is amazing," Davis said. "She will be hard to replace. No one will be Diane."

She is an energetic woman, her enthusiasm for her work showing in every thing she does. As she gave a tour of the theater's stock of props and costumes, she donned a jellyfish hat and said, "Isn't this great?"

Later, seated at her desk, she punctuated her conversation with a plastic hanger that just happened to be on her cluttered desk. She small office contains, among other things, books and manuscripts and props and a pirate wig that she wore on the theater's float in the York Halloween Parade. She put the wig on and said someone told her that she made a good man.

She laughed at the thought of it.

A Chicago native - you can still hear a hint of Chicago in her voice, even though she hasn't lived there in ages - her path to the theater began at William Carey College in Hattiesburg, Miss. Everyone had to take Speech 101 and her first assignment was to give a speech demonstrating something.

After her talk, which was performed with theatrical aplomb, her professor asked her what her major was. Sociology, she replied. He told her she should switch to theater.

She did. Life got in the way - marriage and children - and she took a hiatus from college. When she returned, she went to Rutgers and enrolled as a theater major. She was interested in writing and direction so the school created a major for her, theatrical production.

Her marriage ended in divorce and once free, she took to traveling and teaching. She worked for the Pennsylvania Council of the Arts and the Very Special Arts of Pennsylvania, bringing theater to special needs kids.

The work was kind of hit-and-run. She wanted to do more. She recalled reading "The Black Dog" poem, which included a description of patting the dog on head, giving him hope, and then moving on.

"I was going into schools for a week, working with teachers and students," she said. "It was like I was coming along, patting them on the head, giving them hope, and moving on."

She wanted something more lasting.

She answered an ad to work for the York Little Theater, running its children's program. The program grew, outgrowing the community theater and Crews starting toying with the idea of founding another community theater.

"People said it wasn't a real good idea," she said. "They said we couldn’t do it. Well, if you know me, you know if you tell me I can't do something, I'm going to do it. I love a challenge."

The first meetings were held in a church basement. Later, she said, "We had rehearsals in my house, until I found out it was illegal."

The theater's first home was a huge former school that now houses the Helen Thackston Charter School. The building needed a lot of work and was hard to upkeep.

"The heating bill," Crews said. "I cried when I saw it. That was one of the only times I've cried. Five-thousand dollars. We didn't have the money."

The theater moved to what would become The Big Ugly Warehouse in West York before the former sewing factory on Carlisle Road opened up.

The building was renovated, but is still a work in progress. Crews loves it. "I love old buildings," she said. 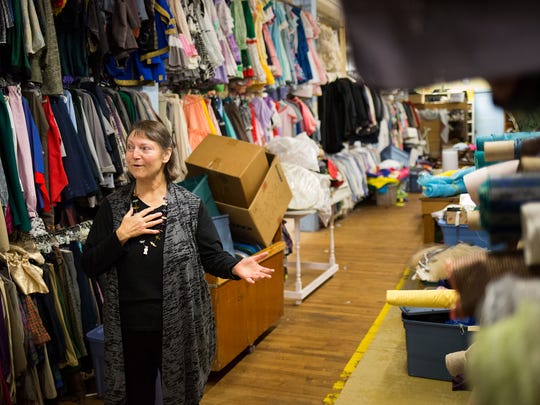 She loves the theater and she loves the kids and volunteers and everybody who makes it work. "Diane has a way of drawing people in," Davis said, "and keeping them."

She's a big believer in hugs. And in imagination.

Live theater, she said, "is good for humanity."

It all about human contact. She sees people out in public, staring at the screens of their phones, not making contact. She doesn't even have a GPS. "I'd rather stop and ask directions," she said. "I found that people are more than willing to tell you where to go."

The theater, she said, "is a no-cell-phone zone. Why not talk to the person next to you instead of texting them?"

She's done dozens of shows, usually eight shows a year. (It used to be nine.) All of the shows have multi-generational casts. "I love that aspect of it," she said. "We can have 70-year-olds and 7-year-olds, working together."

While she plans to retire from DreamWrights, she still plans to work.

"Right after I made the decision (to retire), I thought, 'What am I going to do with all of my ideas?'" she said.

She's planning to work with schools and senior centers, and perhaps pre-schools, get kids interested in theater at a young age.

"So many kids don’t have an imagination anymore," she said. "That's just sad."

She has directed hundreds of young actors. She recalled one young man, a brilliant kid, who couldn't seem to understand her simple directions. She once blurted out, "You're like talking to an omelet."

She has had actors go on to work in the theater. One, Paige Hoke, returned to the theater to direct "Seussical." Another, Austin Durant, went on to study theater at Yale and is now working on Broadway. He was in "War Horse" and once shared the stage with James Earl Jones in a production of "You Can't Take It With You."

"Some of the kids come up to me and say, 'I want to do what you do,'" she said. "I always say, 'You poor person.' If you need things and money, the theater's not for you."

For her, that didn't matter.

"I really couldn't be happy doing anything else," she said. 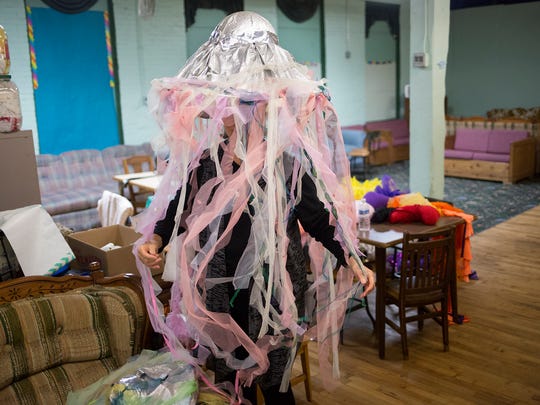