Actress Sheridan Smith, poses for photographers in the character of Elle Woods as part of the 2009 Broadway smash hit 'Legally Blonde The Musical', in London. Emma Degerstedt will be playing the part in the Lancaster production.(Photo: AP Photo/Kirsty Wigglesworth)

The region's theater scene is heating up. From can't-miss favorites like "Legally Blonde: The Musical" to inventive offerings like "Side Show," to a tribute to legendary composer Stephen Sondheim there's something coming up that's sure to please fans of just about every variety of musical theater.

Emma Degerstedt takes on Reese Witherspoon's role in the musical version of the hit 2001 movie about Elle Woods, a college sorority sister more interested in hitting the malls than hitting the books. Elle enrolls in Harvard Law School to win back her ex-boyfriend and winds up becoming a top student to everyone's surprise, including her own. Degerstedt is no stranger to the part. She won a 2012-2013 Ovation Award for her performance in the role at the Los Angeles area's Cabrillo Music Theatre. 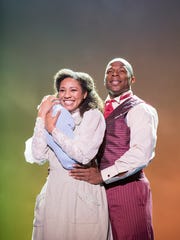 Based on the novel by E.L. Doctorow, "Ragtime" weaves together the stories of people on different rungs of the social ladder in New York at the turn of the last century. Marcia Milgrom Dodge directs this production which is touring the country. She also directed the 2010 revival of the show, which garnered seven Tony Award nominations. The score, by lyricist Lynn Ahrens and composer Stephen Flaherty, features the soaring "Wheels of a Dream." 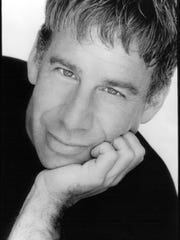 Composer Stephen Schwartz will give a public master class and concert at Prima Theatre on May 22. (Photo: Joan Lauren)

Each season, PRiMA Theatre in Lancaster brings in a guest artist to teach and perform. Past seasons have included appearances by folks like Shoshana Bean, who starred in "Wicked" on Broadway and Tony Award-winning composer Jason Robert Brown. This year, PRiMA is returning to the "Wicked" theme, bringing in Stephen Schwartz, the show's composer. Schwartz is a Broadway heavyweight, and Oscar and Grammy winner, who also penned music and lyrics for "Godspell" and "Pippin," among other musicals. Disney fans know him as part of the musical team behind "Pocohantas" and "The Hunchback of Notre Dame."
"The guy has got his gold stars for sure," said Mitch Nugent, PRiMA's executive director.

You can easily make the case that no one has had a greater influence on the direction of American musical theater in the second half of the 20th century than Stephen Sondheim. He's penned ground-breaking musicals like "Sunday in the Park with George," "Follies" and "Company" that stretched the envelope for what a Broadway musical could be. Sondheim's musical repetoire will be center stage in this production that mixes live performances of Sondheim's songs with videotaped footage of him talking about his life, his art and how he puts it all together.

"A Funny Thing Happened on the Way to the Forum"
Where: Totem Pole Playhouse, Fayetteville
When: July 29-Aug. 14
For tickets: 717-352-2164; totempoleplayhouse.org

Speaking of Sondheim, I'm a sucker for this Sondheim-Burt Shevelove-Larry Gelbart musical comedy set in ancient Rome. The musical, about the hilarious twists and turns a Roman slave named Pseudolus has to go throw to become a free man, features Broadway gems like "Comedy Tonight" and "Everybody Ought to Have a Maid." One of my earliest theater memories was seeing the 1972 Broadway revival. And a few years ago, I got to see an equally memorable production at Philadelphia's Arden Theatre. There's certain to be lots of "Comedy Tonight," when Totem Pole Playhouse brings the musical to its stage.

Despite a short run, this musical about Siamese twins and 1930's-era Vaudeville stars Daisy and Violet Hilton copped a ton of Tony nominations -- including a Best Musical nod and Best Actress nominations for stars Alice Ripley and Emily Skinner -- when it opened on Broadway in 1997. The play, about the conjoined sister's different dreams -- one craves the spotlight while the other longs for home and hearth -- was revived again on Broadway in late 2014 in a production New York Times' critic Christopher Isherwood called "thrilling."
Fans of inventive musical theater don't have to travel to Broadway to see "Side Show." They can catch YLT's production right here in Spring Garden Township.