What do Tarzan, Bruce Springsteen, a playwright, the Mafia, a chaotic wedding and '70s music have in common? 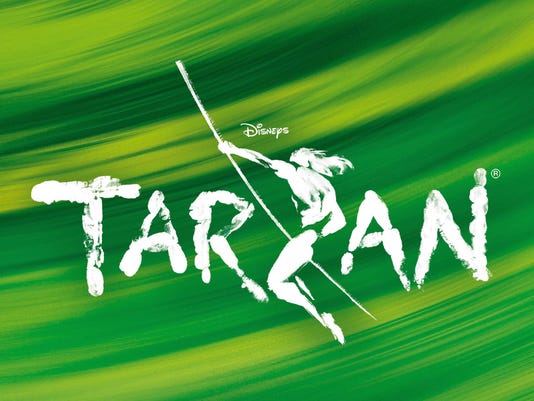 What do Tarzan, Bruce Springsteen, a playwright, the Mafia, a chaotic wedding and '70s music have in common?

On the surface, absolutely nothing.

But at Gretna Theatre, they have everything in common because they are the themes of the shows booked for the 2016 summer mainstage season. The shows, all firsts for Gretna Theatre, are as follows:

June 23-26: "Bruce in the USA," a re-creation of a Bruce Springsteen & The E Street Band concert, featuring the acclaimed Matt Ryan as Bruce.

June 30-July 3: "Breaking Legs," a comedy in which the worlds of the mob and the theater clash with sometimes hilarious results.

July 14-24: "Tarzan," based on Disney's animated epic, is the centerpiece of the 2016 season, much like "The Little Mermaid" was in Gretna last summer.

It's a diverse lineup that features traditional Broadway fare, a family musical, comedy and shows that are more rock concert than storyline. It's a formula that has worked very well in recent years as the Gretna staff tries to appeal to all age groups, including children, and new patrons.

"Again, it's a broad range of shows, which is what we try to do," Larry Frenock, producing artistic director, said of the 2016 lineup. "We're excited about it."

Here's something else that patrons can get excited about: ticket prices are not going up. They remain at $39 per person for mainstage shows, and a season subscription for all five shows is just $160. Children and student tickets are just $15 for "Tarzan."

"We're really giving a great value," said Frenock, who likes to point out that every show features Broadway talent, "and a lot of that is because of the grants and sponsorships we get."

Following is a look at the shows in chronological order:

Bruce in the USA (Photo: Submitted)

BRUCE IN THE USA

Matt Ryan plays The Boss in a show that strives to be a note-perfect and visually accurate portrayal of a Springsteen concert, according to a news release.

Ryan has played Springsteen as a cast member of the World Famous Legends in Concert since 2000 in venues including Las Vegas. Ryan tours with his own version of the E Street Band.

"It's a group that's already out there and they're well-respected," Frenock said. "Everyone who has seen their videos says (Ryan) has Bruce down pat."

The non-musical comedy was written by Tom Dulack and featured the likes of Vincent Gardenia and Larry Storch during an Off-Broadway run in the early '90s.

"I like to say the theater and the mob meet up in a restaurant," said Frenock, "and plenty of murder, mayhem and marinara are served up."

In the storyline, a playwright seeks funding for his new play from the family of a former student. The "family" turns out to be Mafia godfathers who are willing to underwrite the play as long as they never have to read it. When the lusty daughter of the family falls in love with the playwright, it only furthers his involvement with the mob.

The show has a small cast of six.

"We're looking for some of those great character actors who can play these kind of parts," Frenock said.

Gretna's adaptation will be true to Edgar Rice Burrough's classic "Tarzan of the Apes," and Disney's animated musical that featured the music of rock legend Phil Collins (remember the hit "You'll Be In My Heart"?).

Frenock and staff must fill a big cast of 23 actors, including a boy to play the 10-year-old Tarzan and a man to play the adult Tarzan. Those two roles present a significant challenge: In addition to singing and acting, the actors must be athletic and agile enough to swing on a rope. After all, it is Tarzan.

"He's got to be a wonderful little actor," Frenock said of the child role. "He's got to be athletic and strong. It's really written for a boy soprano. It's a higher register (on the voice scale)."

Audiences can expect visually stunning costumes (the family of apes) and scenery (the jungle) — challenges that are met year after year by costume and set designers hired by Gretna Theatre. The actors must do the rest.

"The people playing the ape family do a lot of dancing and rope-swinging," Frenock said. "They have to do it well so the audience can suspend its disbelief." 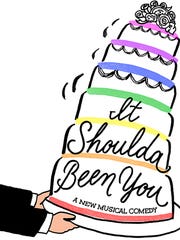 It Shoulda Been You (Photo: Submitted)

IT SHOULDA BEEN YOU

Frenock saw this brand-new musical comedy in New York last year — it closed on Broadway in August — and said he was nearly doubled over from laughter.

"I have not laughed that hard at a Broadway show in 20 years," he said. "I mean, tears-in-my-eyes laughing. It has a twist; people will be surprised."

David Hyde Pierce, one of the stars of the former hit TV show "Frasier," directed the show on Broadway.

"If you can picture David Hyde Pierce type of humor from 'Frasier,' that's what you're getting," Frenock said.

The storyline features two families from wildly different backgrounds that come together for a wedding. When an unexpected former boyfriend arrives, an already stressful event turns to chaos.

"If we can manage half the laughs that they got on Broadway, I will be very excited," Frenock said. 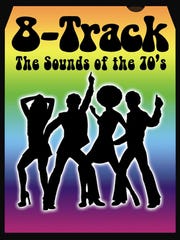 Fans of '70s music will be transported back in time to the days of platform shoes, leisure suits and long hair. The fast-paced show will feature more 50 songs from the 1970s in a variety of genres: pop, rock, disco, soul and R&B.

This is not a touring show; Gretna Theatre is producing it from the ground up. The Gretna staff will hire four performers, two men and two women, to do the songs.

"The four of them have to be dynamic singer-dancer-actors," Frenock said. "There's a big range of music, everything from disco to soul."

The setlist is a dream for any '70s music junkie. There will be eight tracks, or sets, during the show, and highlights from each include "Best of my Love," "Close to You"/"We've Only Just Begun," "Tie a Yellow Ribbon," "Mama Told Me Not to Come," "Just the Way You Are," "You Light Up My Life," "I Write the Songs," "The Hustle," "Stayin' Alive" and "Whenever I Call You Friend."

To order tickets, call the box office at 717-964-3627 or visit the website at gretnatheatre.org and click on "Shows."