A capital campaign will fund a new performance space as it becomes a Center for Community Arts.

Diane Crews, one of the founders of DreamWrights Youth & Family Theatre in York, gives a tour of the facility in 2015. The theater has plans to become a Center for Community Arts for its 20th season.(Photo: File - FlipSide)

DreamWrights Youth & Family Theatre in York has rebranded itself as DreamWrights Center for Community Arts and plans to expand its lineup of performing arts for its 20th season, which begins in 2017.

A $2.5 million capital campaign launches April 1 to fund a new small performance space, which will be used for spoken word, dance, fine art, open mic and other creative arts. With the upcoming retirement of Artistic Director Diane Crews, a capital campaign and 20th anniversary, the theater is making a transition.

“It just really made sense for us to review where we’re going with our programming,” said Hilary Trout, DreamWrights marketing coordinator. “The refresh kind of came out of all those things happening at the same time.”

As a Center for Community Arts, DreamWrights aims to appeal to a more diverse audience by presenting new theater arts in addition to its traditional schedule of family shows.

A small theater will also provide room to collaborate with other organizations or rent space, Trout said, opportunities not always possible with their current black box theater because it is in use year round.

Construction at the 100 Carlisle Ave. facility is set to begin Jan. 2, 2017, with renovations expected to be completed July 1 next year.

“The most exciting is our new performance space,” Trout said.

The new theater will be integrated into existing space in the building. Additional work will include updates to the green room and box office, plus ADA compliant bathrooms, elevator and stairwells.

The capital campaign will launch with a quiet phase April 1, with the public phase starting July 1, said Ann Davis, DreamWrights executive director. The campaign is scheduled to conclude Sept. 30.

The organization also has a new motto, “Building characters for life,” reflecting efforts to become a place for all ages, all backgrounds and all types of performers.

DreamWrights’ new initiative has been developed with information gathered and evaluated over the past 18 months from surveys, meetings, focus groups and transition task forces. A refreshed logo was also revealed. 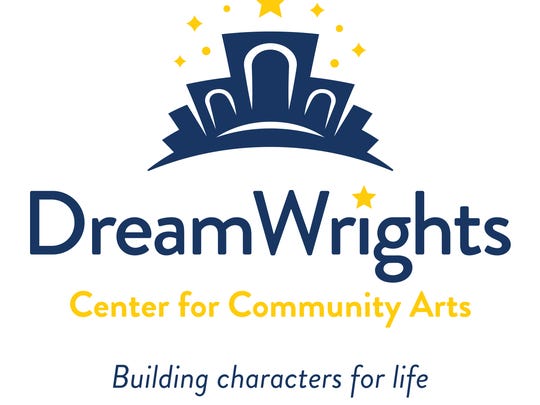