The comedy revolves around a formidable retired woman living in St. Petersburg, Florida, who hires a much younger, acerbic dance instructor to give her dance lessons - one per week for six weeks.

What begins as an antagonistic relationship blossoms into a beautiful friendship as these two people from very different backgrounds reveal their secrets, fears, and joys while dancing the Tango, Waltz, Swing, Foxtrot, Cha-Cha, and contemporary dance.

The show is sponsored by M & T Bank and Ludwick Eye Center.

Shows through the rest of the season include:

In addition, "Lovesick Blues," the world premiere special tribute concert starring Robbie Limon as Hank Williams Sr. and Denise Patton as Patsy Cline, which played to a full house last season, will return for a special "One Week Only" encore performance, May 17-22. Ticket buyers are strongly encouraged not to wait, as more than 1,000 tickets have already been sold.

Totem Pole offers subscription packages for tickets, and some special offers. For more information, go to www.totempoleplayhouse.org, or call the box office at 717-352-2164, 9 a.m. to 4 p.m. Monday through Friday. 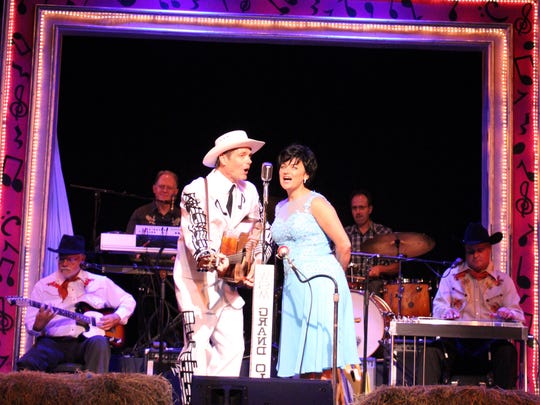