'Game of Thrones': Plans for the next wars set

Even when "Game of Thrones" delivered a slower episode, they still managed to bring the fireworks on Memorial Day Weekend.

'Game of Thrones': Plans for the next wars set 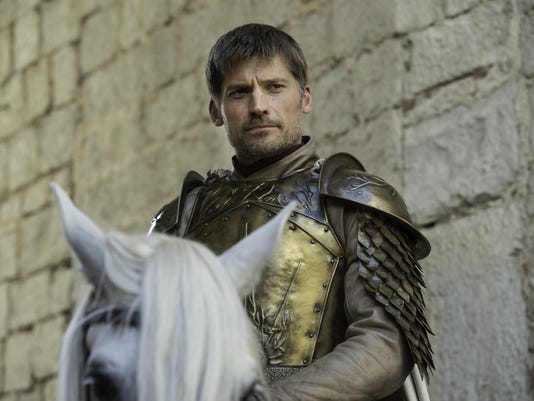 Cersei's right, Jaime does belong at the head of an army.(Photo: Photo courtesy HBO)

Even when "Game of Thrones" delivered a slower episode, they still managed to bring the fireworks on Memorial Day Weekend. While nothing this episode was incredibly earth-shattering, plenty of small events occur that will set up the final episodes of the season.

The first three episodes of Season 5 did the same thing. It provides a calm before the eventual storm, with events happening from one end of the "Game of Thrones" map to the other.

Here's a chance to catch up, reset the chess board and prepare for some intense upcoming episodes.

Prepare for all "Game of Thrones" spoilers from Season 6, Episode 6, "Blood of My Blood."

Beast in the East

Tullys, Lannisters and Freys, Oh My!

Here's where things get tricky with "Game of Thrones" this week.

Tommen and Margaery have found the faith and have renounced their families, evidenced by Tommen changing his sigil (the symbol on the front of the Kingsguard). But why does this matter in the "Game of Thrones" realm?

Essentially, this signals the end of both the Lannisters and Tyrells.

Sure, there are other members of the houses, but none in the family line. Tommen is the last Baratheon after Joffrey and Myrcella's deaths. Margaery does have Loras as a brother, but we saw  how weak he was last week, not to mention how much he rejected marriages in the past.

While saving the lovely couple is possible, it seems that with Jaime headed to Riverrun and Cersei's trial by combat coming up shortly, time is running out on those hopes.

Anthony J. Machcinski writes reactions to "Game of Thrones" every episode for FlipSidePA.com. Follow him on Twitter @ChinskiTweets.